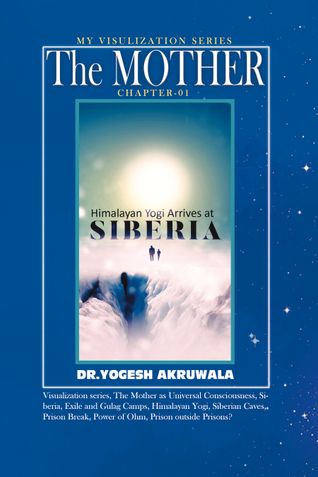 The Mother: It is the Childhood Visualization story that came true later on. Story is focussed on Siberia and Soviet Union in era of 1974 to 2050. Half of story has come true! So, it may called as prophecy.
In those days, common civilians were framed and exiled to Siberia when hundreds and thousands of Gulag Camps were active all around in Siberia and Northen parts of Soviet Union. There, they were subjected to Forced Labor till death. about 20 million of people had died as records say.
There in high Himalaya, there is a Spiritual Authority that is concerned about the violence and cruelty of mankind. They understand that it's the last chance for mankind and if it fails to prove itself worthy son of Mother Nature, then Nature will purge human race. (Same is the concern by many people today.) That is why, an ascended Himalayan Yogi of higher clan arrives at Siberia. That way, the story started.
Later on, most of incidences of Story became true. First to come true was THE SOVIET UNION ABANDONS COMMUNISM IN 1991. Soon later, Soviet Union was fragmented into Common Wealth of Independent States and countries like Ukraine, Azerbaijan, Armenia were released. That was also, visualized in my childhood. That way, many epics were covered.
But main part of this Visualization is the Rise of Sun Land, a land of Pious people, where people had dropped their hatred, violence and exploitation ideology and the Human Race enters in Era of Peace, Love and Ananda. It will come as true after 2030 to 2050, as I understand. I have describe Economical, Political, Social, Judiciary reformations and will narrate how the people will be living in New Era of the Sun Land.
As the story is long, I have made a series; The Mother and Chapter 1 is ready for publication.
ISBN APPLIED FOR. COPY RIGHT PENDING.

Showing 1 out of 1
rohinivayeda 1 month, 2 weeks ago

'The mother' book is an outstanding book

I would like to share my thoughts and feelings about your book.
'The mother' book is an outstanding book which explains about hidden history of Soviet Union and Russia.You have written the book as if I am watching a movie and I am speechless. The dialogues between Himalayan Yogi and Yestlin ....of ...what a combination of 'Guru and shishy.
You have given details through map and perfect pictures on page 62 and many places is taking a reader through a worldwide area where one cannot reach easily.
Explanation of Kamchatka mountains of Saiberia -is very interesting and informative. The dialogues between Himalayan Yogi and Yestlin."When your master arrives in your life, mind will seize, ego will melt and questions will go!"what a big guideline given through this cannot express.About the Tiga forests is again a flight in air... simply you take a reader up on high level and explanation of 'Permaforst is amazing( Page 91)

All the chapters are very interesting and informative.