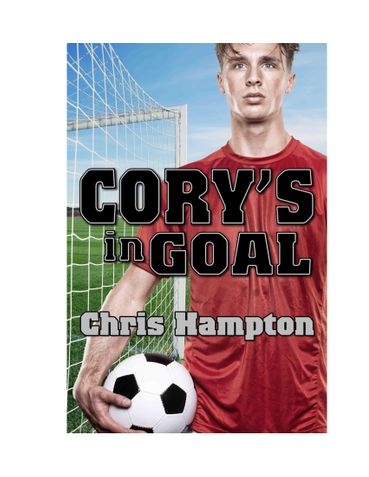 Cory Towson is the new kid at school and on the Grandview soccer team. When a split-second accident ends the star ‘keeper’s season, Cory also finds himself the new kid in goal, with the team’s hopes for the championship riding on his shoulders. With riveting action on and off the soccer pitch, Cory’s in Goal follows a boy’s quest for excellence and stability in his fast changing world.

Growing up in an Air Force family, Chris learned to be adaptable. Frequent moves around the U.S. opened him to the exploration of both urban and wild places. As a young adult, he worked gold mines, construction, heavy machinery, and tree trimming. Then, for twenty-three years, he taught high school English and coached soccer. Some of that time was spent in Kayenta, Arizona, among the Dine people who, Chris says, truly walk in beauty.

When Chris and his wife, Ann, were introduced to Tom Brown Jr.'s Tracker and Wilderness Survival School, they discovered new worlds of wonder and adventure. In recent years, he has helped run Young Men's Initiation programs. Both Ann and Chris now spend much of their time taking and teaching classes, traveling, and writing about their experiences.