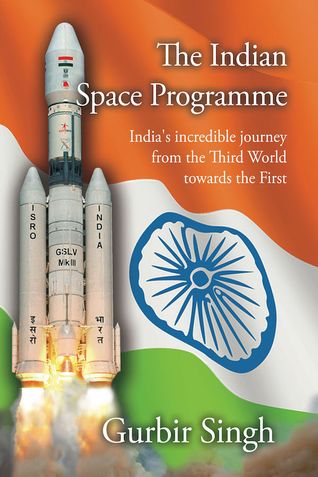 India's incredible journey from the Third World towards the First

At 18:25 on 21st November 1963, a rocket launched into space from India. It heralded the start of the Indian Space program even though the news of this achievement was lost in the midst of the global media coverage of the assassination of President Kennedy on the following day. Since those early days when a former Catholic church was the space programs headquarters and just about everything the Space program used came from abroad, India is now a leading spacefaring nation.
Today, India's space program is delivering on the vision of its founder Vikram Sarabhai, that Space Services should touch the lives of the ordinary people of India. With every orbit of India's growing number of satellites, the quality of the lives of millions of Indians is enhanced by space based services in agriculture, healthcare, commerce, communication and education.
Over the last half century, the Indian Space Research Organisation (ISRO) has constructed a substantial collection of weather and communication satellites delivering tsunami, typhoon and flood warnings, search and rescue services and direct-to-home television broadcasts. ISRO sent a spacecraft to the Moon in 2008, to Mars in 2013 and placed a space telescope in Earth’s orbit in 2016. Of the 1167 satellites in orbit, 75 were made in India, and 35 are in operation today. The space program is the epitome of India’s journey from the third to the first world.
This book provides the big picture of India’s long association with science, from historical figures like Aryabhata and Bhaskara to Homi Bhabha and Vikram Sarabhai, the key architects of its modern space program. It traces the technological development of Tipu Sultan’s use of rockets in large scale warfare in the 1780s; the all but forgotten contribution of Stephen H Smith who established a world record by transporting parcels and livestock by rocket power in 1935 in northern India; the detailed first-hand account of India’s first space launch in 1963 from those who were present at the time and concludes by looking at ISRO’s current and future goals.
Key questions about the Indian Space Research Organisation are answered in the pages of this book. What type of launchers has it developed? How are the ordinary people of India benefitting? How did ISRO go to the Moon and Mars? What are the prospects for India's ambitions for human spaceflight, military and science projects? Will India compete or collaboration with China, USA and Russia?
Richly illustrated with pictures, many published for the first time, this one book written for the non-specialist offers a comprehensive view of India’s space program - its history, current status and future ambitions, all in one place.