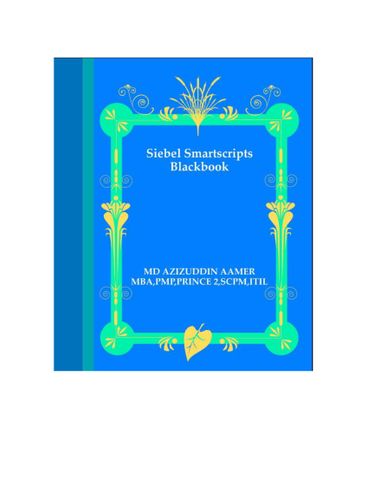 This book covers about Siebel Smartscripts in depth and in detail with a step-by-step approach along with screen shots.

It also covers Extending Smartscript with VB or eScript.

It also covers Set up Considerations about building a Smartscript.

He got 8 + Years of Siebel CRM Experience. He has worked on all versions of Siebel ranging from Siebel 5.5 to Siebel 8.1.
He is PMP Certified from PMI , PRINCE 2 Certified , ITIL Certified and Stanford Certified Project Manager ( SCPM ) from Stanford University.