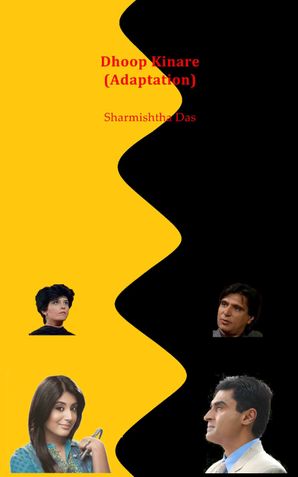 This is a fan fiction inspired by the story of the Pakistani show of 1980s “Dhoop Kinare” (DK) and the characters of the current Indian show “Kuch to Log Kahenge” (KTLK).

KTLK was advertised as an adaptation of DK. So, when it started I thought we would see the slow process of development of relationship between Ashutosh and Nidhi. Being a daily soap, it could have gone into nuances and details, which DK could not get into due to limited number of episodes. But KTLK was a bit of disappointment for me. It tried too hard to be different from DK and in the process the charm of the story was lost.

I have skipped the scenes of other characters, sometimes implying the incidents as they happened in DK. The reason is that I could not have spent more unpaid time on this ;)

Hope you enjoy reading it as much as I enjoyed writing it.

Be the first one to write a review for the book Dhoop Kinare (Adaptation).

Other Books in Entertainment