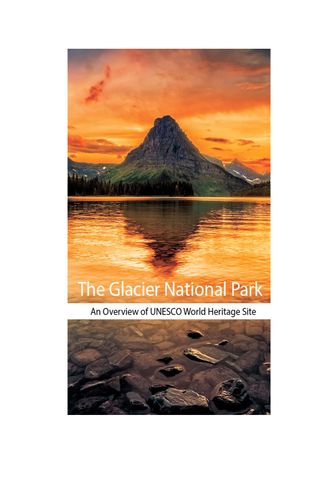 Known by the people of America as the “Backbone of the World” is the Glacier National Park. Located on the US-Canada border, this wonderland is located in the US state of Montana. The Glacier National Park is renowned as a site created during the natural formation of ice mountains landscape in the last ice age. Mythical in both its scenic beauty and the legend tied to its creation, this park has been classified as a UNESCO World Heritage Site in the year 1995 and certainly been given the name, Backbone of the World.

Affected by the Continental Divide, which operates through the centre of the park and generates two somewhat different environments, the Glacier National Park is an ecological paradise. On the western side, lie the lavish jungles of hemlocks and western forest which are nourished by the famous watersheds of the Pacific. Air, on the eastern side of the park, come from the land, precisely across the Canadian border which renders the environment quite dry. The Glacier National Home is a home to over one thousand indigenous flora species while several hundreds of fauna species have historically been native to this park. An estimated two hundred and seventy-five diversities of birds either live or seasonally migrate to the region. For its flora and fauna treasures, the Glacier National park is regarded as an ecological jewel and called the “Crown of the Continental Ecosystem!”

The Glacier National Park can aptly be described as the reality of quintessential ice age beauty of nature, it is scenic and enchanting beyond words and to one’s most stupendous imagination. It is the home to some of the most stunning downhill, ponds, Meadowlands, spectacular jungles, impressive mountains and beautiful valleys on the face of this planet. The Glacier National Park comprises of thirteen campgrounds in the Glacier National Park which are available to available to the visitors on the basis of first-come, first-served. It is known as the hikers’ paradise among the locals and the fame is not unreasonable. The park has vast hiking trails covering an area of approximately seven hundred and forty miles in the park which has an area of about one million acres on the northern border of the state of Montana.