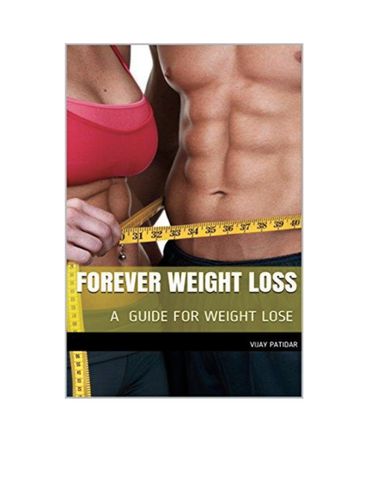 Guide to lose your extra weight

Nearly every girl in the world has tried the fat loss exercise and diet program and have experienced highly better results, in the beginning, resulting in significant weight loss, but after some time, they have slowly regained all the weight they lose. This is usually attributed to some strange reasons.

You can be that lady who has suffered from this on and off cycle of gaining and losing the weight from the last few years. Maybe these all years of planned programs of exercise and diet have led you to the gym where you daily exercise 2 to 3 hours and hardly eat anything, but you are still not experiencing any weight loss. We can completely understand your effort of conducting the exercises and losing your fat, but still not getting anything at the end.

All such diets work at the start, but then you suddenly lose nothing and losing the weight becomes harder and harder.

Various studies conducted in the last two to three decades have shown a significant increase in the obesity along with the significant rise of the fat loss industry because this is the only thing that is present in a large number of people all around the world. Not only females suffer from this problem, but males are conscious too.

Most of the people when going to their nutritionist, they are always recommended with the formula: ‘eat fewer calories and burn more.’ People usually eat more calories than the number of visits they go to the gym. So, the ones who are suffering from the overweight problems should eat fewer calories and they set their diet according to the calories, such that they can eat enough that they will easily burn.
Nearly all the people who are suffering from excessive fat or they are not getting any benefit from the fat loss programs is usually because of their inability to stick with the diet. People gain weight only because of two reasons. Either they eat too much or they are not burning their calories enough. So if you are actually conscious about your weight, then you have to eat less and burn more.

So, nearly all the people who are not able to reduce their fat is their inability to stick with their diet plan. This is only their instability that causes problems in reducing the weight otherwise they can reduce as much as they want. This is what is said by all the nutritionists too.

You can see this easy loss of fat in many TV programs where the people are accountable to their nutritionist or their trainers and thus they stick completely to their professional diet and exercise program. And they magically reduce their weight within only a matter of few days and this reduction is not only the loss of 2 or 3 pounds but people have reduced 100 pounds too.

So, your problem about regaining the fat has been solved and now you have to stick to your regimen with following the rule that is ‘eat less and burn more calories’.

Do you know that this eat less and burn more approach for a reduction in the weight can be a failure if you are using it for the long term?

You will hear only one phrase from all the nutritionists and other authorities regarding the weight loss that is: ‘eat less and burn more calories’.

They have solved the problem! This is the thinking of the people recommending such tips to the people and they think that they have done their job.

This is true indeed if you are actually looking for the reduction in your fat. This technique has proven very beneficial results in the short-term weight loss, but according to a lot of studies, this technique is not helpful for achieving the long-lasting fat loss.

This has been reported by many other scientists too that the loosing of the weight is associated with the reduction in the calorie level is a completely false statement. So, these studies clearly tell that this is not the key to reduce the weight if you are looking for the long-term solutions.

Most of the people think that they will lose the weight by reducing the intake of the calories to at least 800 to 1000 calories each day and this would be enough. But as said previously, you will get initial loss in the weight but this will be regained within the next few months. Because this is actually the initial process of gaining the weight too.

Most of the studies conducted on weight loss have shown that the reduction in the weight is not from the weight lifting but it can be attributed to cardio. But after that, some people have recommended that it would be wrong to give credit to cardio because this is not associated with the reduction in the fat loss, even if you accompany this exercise with the diet program carrying few calories.

When cardio, exercise and diet programs were conducted on three different groups, the only diet program showed a significant reduction in the fat. Whereas, the rest of the two programs were associated with minimal loss. But after some time, all of these programs will actually result in the weight gain. It is even said by the trainers that the moderate exercise has a non-significant effect on the weight loss.