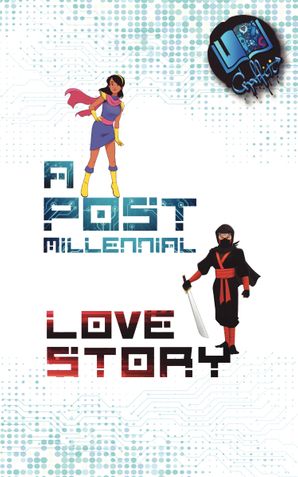 The Post-Millennials live in the virtual world, indulging their eccentric desires: arm-wrestling with Godzilla; fighting an invasion of half-dolphin/half-bug aliens.

But when they enter high school, teenage Post-Millennials face the most important social test of their virtual lives: the Virskin Ball. In packed virtual theaters, freshmen debut new virtual looks, parading in designs that will dictate their futures. A great virskin ensures perpetual popularity; a bad one causes irreparable reputational damage.

Brix, who has no virtual design skills, generates one of the worst virskins in his high school. When he criticizes the superficialities of the Virskin Ball, he becomes a target for bullies. After months of suffering, he finally fights back, becoming the first ever virtual ninja.

Flush with newly discovered power, Brix recruits a gang of ninjas who unleash havoc and become the most feared virtual trolls.

But then Brix runs into his nemesis, Divya, who is determined to make the real world relevant again. When she starts poaching the ninjas, she sets up an epic battle with Brix.

Re: A Post-Millennial Love Story

SteveJobs Christ!!! What an Amazing book!!
The story is very creative and engrossing.
A big thumbs up to the writer for making this book such a wonderful read!!
Looking forward to the next one!!

Re: A Post-Millennial Love Story

A sure 5 Star for this marvellously penned ( rather keyboarded )
A blend of fictional love story with a touch of reality.
Writer is a perfect esprit de l’escalier. Enjoy the read.