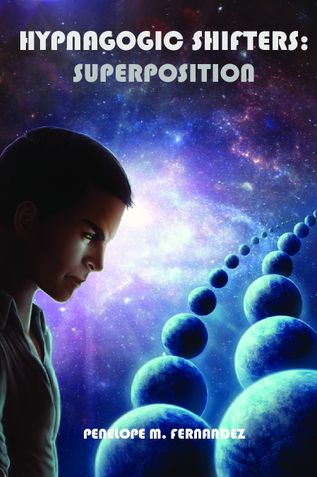 All of humanity will never fly, but a few men will get wings. Blaz Kruger is a wingless man, leading a meaningless life, until his path intersects with a bizarre character who goes by the name of Cain. Plucked from the membrane of normality and dragged into the heart of chaos, Blaz embarks on an astounding journey, which eventually transforms his soul. Cain forces Blaz to endure a series of grueling psychological assessments. Beguiled by Cain’s deceptive words, Blaz is driven to the edge of sanity. As he struggles to maintain cognitive equilibrium, he runs into his friend Leone Ryder, a geneticist. Leone has a terrifying idea, which could alter the fate of humanity. Blaz is soon entangled in a twisted situation, challenging both his moral fiber and intellectual core. He learns that evil and good have many faces, but none is black or white.

Penelope M. Fernandez was born and raised in the sanctuary of the beautiful foothills of the Himalayas in a quaint town called Darjeeling, famous for its tea. She spent her childhood listening and learning from the sights and sounds of nature. Her favorite activity was watching the fireflies dance, while she contemplated over the deeper questions of life. As she grew older, Penelope developed a passion for words and melodies, and she started writing bits of verse. Before long clear unpolluted skies turned into concrete landscapes as she went to the city of Pune to do her Masters in Communication Studies. After working as a Business Editor for some years she decided to leave behind the security of a 9-5 job to become a writer. When she's not writing on her next novel she likes to channel her creativity into the production of music and writing blog posts.

A rollercoaster ride for the mind!

When I saw the title to be honest I had no clue what was awaiting me. I had to google hypnagogic and learnt that hypnagogia is the experience of the transitional state from wakefulness to sleep: the hypnagogic state of consciousness. The deeper I got into the read the more it began to make sense. Shifting in and out of wake-dream-states.

The protagonist, Blaz, possesses an extremely analytical mind and it is enthralling to witness how he gets challenged with a vast world of thought experiments expertly crafted by the author throughout the storyline and to follow his inner development. Voluntarily or not one starts thinking about all these "what ifs". At the end of the day I found myself questioning the whole system I was imprinted to accept as reality.

The plot is complete, and more than that, the ideas explored, similes and metaphors used are refreshingly intelligent.

I am not going in depth about the plot line and characters as not to spoil your reading experience...

The first chapters are a little hard to get into (for those not too accustomed to the art of reading). Fernandez uses a vocabulary rich and intense writing style. After some time the mind gets accustomed though and from then on the flow takes you down the river. Some scenes are a bit lengthy for my taste. And, this book is not for everybody. It demands a certain level of open-mindedness and - I hope this does not seem arrogant - intelligence, to be able to truly appreciate the read I reckon. Also the ending would be quite unsatifying, would one not get to know in the authors notes that this is part one of a duology.

I was tempted to deduct a star for the lengthy scenes here and there and the ending but since this is a selfpublished debut and a good one too, the fifth star attributes to sympathy.

In a nutshell: Brilliant read, thought-provoking until the final page.