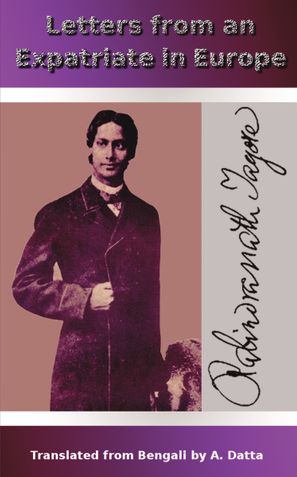 Letters from an Expatriate in Europe

The bard wrote at the conclusion of his sixth letter, "Then the Sun-god having contained his thousand rays laid out his tired head on the bed of multitudinous clouds leaning on sunset's shadowy peak and closed his sleepy crimson eyes; the birds returned to their respective nests. The lowing herd headed for the cow-house tracing the cowboy's steps. We began our journey for London." They were returning to London from a day's boat trip. Not the Bard of Avon but seventeen-year-old Rabindranath Tagore. His letters to his older brother Jyotirindranath give an in-depth view of Victorian England through the eyes of an Indian and a Bengali and present impartial analyses of the psyches of the Anglo-Bengali and the English. As Tagore himself says in the prologue to his first book in prose, "I hadn't been sufficiently cautious in expressing my opinions." In fact his criticism of the cultures have been at times scathing. Tagore's dissection of what he calls the Anglo-Bengali drew the ire of his own critics. And his criticism of Victorian etiquette serves the purpose of a time capsule. Written 27 years before he became the first non-European to win the Nobel Prize for Literature, his words are as relevant now as they were then. This collection has exactly ten letters each of which containing 4,620 or fewer words is to be enjoyed in a single reading session and has not many paragraph breaks …

Letters from an Expatriate in Europe

Showing 1 out of 1
webmaster 8 years, 4 months ago

Re: Letters from an Expatriate in Europe

Hard to believe Tagore was so young when he wrote this. But there is no doubt about the fact that he was. Very frank, very candid!

Other Books in History, Travel

Unlucky to too Lucky
Pawan Tailor