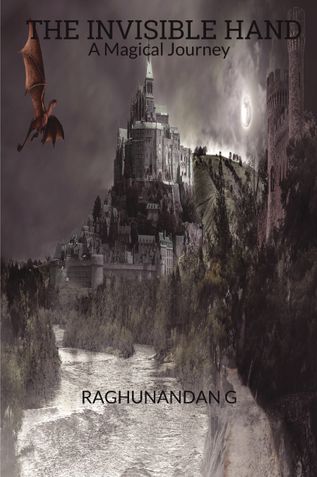 Fin and Eva were one such pair of geniuses who were selected from a rigorous gene selection to act as change agents in the modern world. But everything doesn't go according to the organization plan .During a test conducted by the organization for its hidden secret school, Fin stumbles upon a mythical Fairy who was hiding from the organization .She introduces him to a whole new world and dark secrets of the mysterious organization.

Fin inherits her teacher's legacy and start a secret cultivation technique that make's one immortal without the notice of the organization. Fin breaks record after record in the school missions and challenges using his abnormal intelligence and gets a mysterious purple crystal that was coveted by all the immortals on Earth and which will play a decisive role when he fights the organization later .

In the mean time his childhood sweetheart Eva and his parents give him a necessary push to break the chains of the powerful organization but before he could break their shackle and soar high ,organization takes decisive measures to eliminate their entire family .

Unfortunately Fairy keeps her distance from Fin to not imply him in her troubles against the organization. Fin alone had to use his wicked ideas and bring forth his hidden potential to save his family from the powerful organization.

To the surprise of the organization Eva and Fin create a massive chaos in their head quarter using their wicked ideas. Learnt from their mistake ,the organization mobilizes their entire force to eliminate the rebels by using all their powerful contacts ,networks and political influence .

Fin and Eva joins a group a Fairies to create their own force to fight back the organization. But they will soon realize their own powerlessness. Many fairies die in the process. It was then Fin would uncover terrifying secrets of purple crystal which was also called as God Crystal in the legends.

He would meet the creators of the God crystal and learns the truth of our existence and secrets of our universe. He gains power from the trials he was tested .Will he be able to change their fate with his new found power ? or was it just a beginning of a new conflict?

I have graduated from NITK Surathkal 2014 batch .I am currently preparing for some competitive exams. It is my first self published book .I have given my best and hope that the readers would enjoy. If you like this book and want to give feedback contact me at - raghua12293@gmail.com .

Re: THE INVISIBLE HAND

A very good read for people who like sci-fi with a hint of romance. The concept makes us think think twice, what if it is true?!
It will surely keep you glued to the book.

Re: THE INVISIBLE HAND

must read for a novel lover...It has all components like fantasy, adventure, fiction, love, romance , mystery , magic . The book is also available in ebook format in amazon.in . This book will be shortly available in amazon.in and flipkart