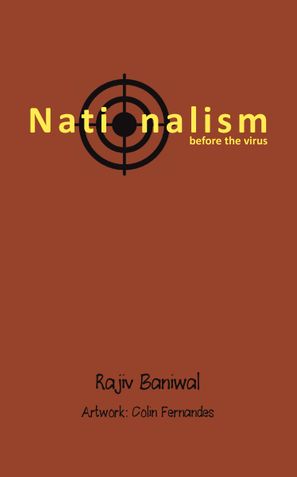 Nationalism - Before the Virus

With definitions being rewritten by the ones in charge of scripting history, what does nationalism stand for in today's world? Is it all downhill from here, or is there a ray of light at the end of this tunnel? There are around 110 poems in this book, most of them asking you to take a look at your surrounds and introspect.

Having grown up in South India, Rajiv spent some time in Australia, and lived in North India for a few years too. As a current resident of Pune, he thinks he belongs to the world - yet doesn’t really feel at home (read ‘local’) anywhere.

Early education showed him the marvels of science; some further prodding taught him hospitality management; at the end of which he ended up spending way too many nights at one too many call centres (GE, IBM, Dell, and the likes).

Freelance writing provides for this vegan's bread, peanut butter, and jam, as has been the case for around 15 years. Writing has been part of him since school days, although he feels the evolution is clear.

The first book he started writing was to become the second, because one with poetry took precedence. He’s now working on a second book of poems, and the semi-fictional book that was to be his first will follow.

Nationalism - Before the Virus

Showing 2 out of 2
HeWhoDoesNotCare-Much 1 year, 1 month ago

If there ever was a poet who could turn someone who does not like poetry into someone who does, here's one. Touchy subjects, sure, but this one's for keeps. Keep going Rajiv.

Very deep thoughtful book of peoms
Difficult to find otherwise. Mr Baniwal, keep up the good work and do write more for your readers.

Other Books in Poetry, Philosophy