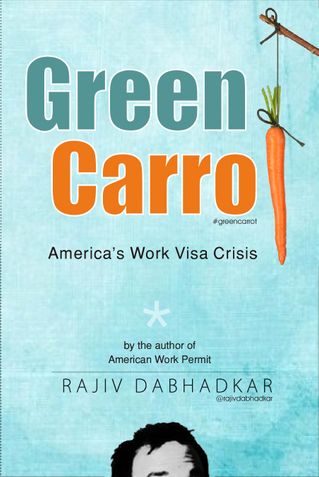 The book is dedicated to the real life issues in the process of human migration. It discusses people movement that is tied to immigration and trade policy, where workers are treated as a commodity and is not just about selling a product or a service. It is about finding the future. It explores the future of the workers, the corporations and the society at large. The primary objective however is in finding the future. Not just a future in general, but specific futures for the individuals under the care of policies that govern people movement. The focus is the future in the sense that it makes a prediction about where the future lies and then takes specific steps to make that future happen.

That’s where the subject of human migration comes in.

The globalized political and economic system creates illegality by displacing people and then denying the workers rights and equality as they have to do what they have to do in order to survive. Globalization forces people into migration into countries where the ideas of divide and rule have been codified as a “legal” justification for the injustices. Inequality therefore is re-created and re introduced by a global economic system. In the realm of social reality – this social inequality creates a caste system, where one class of workers is pitted against the other for personal gain. Where when one side of the coin gets tainted, the other side shines brightly, putting the society at large in a conundrum.

This book examines the function of ‘social inequality’ in a modern world of high-tech guest workers and India’s increasing dependence on exporting people to the labor pool in the global North. This book is titled “Green Carrot – America’s Work Visa Crisis” in recognition of this reality.

While Indian workers serving with employers in the United States has been used as a case study, it aims to drive home a point - Should the human migration exports rest only on the economic needs or should they be more focused on the human rights of its workers? Through the book an attempt is made to explore the politics of the debate over immigration and trade policies between India and the United States.

The book examines closely the cultural factors associated with the brokerage of intellectual capital and rights to intellectual property - two distinct yet, vulnerable areas in the political debate on immigration reform.

The book examines body shopping as a business model that promotes the brokerage of intellectual capital and ends with the need for innovation, bringing focus on generating intellectual property. The book begins with examining what it means to be an indentured guest worker in labor bondage with a foreign employer - how immigration status is used to keep people vulnerable, to criminalize them and punish them when they try to improve their conditions. The narrative travels to examine how the visa status is used to control the movement of its foreign employee and how the ‘brokerage of intellectual capital’ allows subjugation for personal gain and its consequences on family life.

The book traces back in history to explore America’s dependence on foreign labor and examines how the present day system of body shopping in fact creates an economic system that benefit from the changes causing displacement, and also benefits from the labor displacement produces, especially those on the foreign work visas. It traces the development of the employer lobby set up to win expansion of the work visa programs. How the immigration policies have all but been about low salaries for foreign workers, excluding the local workers from competing for jobs thus dividing the workforces

Finally the book suggests some alternatives, always the hardest part in the immigration debate. It concentrates on some of the most progressive ideas, which have been put forward by immigration and human rights activists.

Rajiv Dabhadkar (1968) was born in Mumbai, India. He has over 25 years of experience in education and technology sectors. He has lived in the United States for more than a decade helping large companies deal in the movement of global talent. Rajiv has been a proponent of migration for over a decade and has actively moved forward the debate on Indo-American work visa related migration policies. He is the Founder of "The National Organization for Software and Technology Professionals" since 2004. He is the author of "American Work Permit - Official Rules & Regulations of American Work Visa". He has testified against the work visa program abuse leading to the drafting of the 'Visa Fraud and Abuse Prevention Act of 2007' aimed to prevent visa misuse and document fraud in the immigration process. His research work has been cited by the UK Border Agency as well as the US Homeland Security. He is a KaramVeer Global fellow and is a recipient of the coveted KaramVeer Chakra for Social Justice in 2014, an award initiated by the United Nations.

Green Carrots - They exploit them for their greed

Every year millions of people in India aspires to have a career in developed countries for a better livelihood. Many such American dreams get crash by lot of Body shopping nexus and scams. Hundreds of companies show these innocent knowledge workers "Green Carrots" and exploit them for their greed. This is such a complex and alarming issue and the Author has beautifully roped it in a very simple, interesting and engaging words.

I highly recommend this book to those who are looking their career abroad or who are already working there.

Migration is an age old phenomenon that has played a significant role in the evolution of modern societies. For centuries, people have left their habitat in search of livelihood and employment. The advent of globalization has brought some significant changes in the pattern of migration. Many new push and pull factors have enhanced migrant’s determination to seek more gainful opportunities abroad and within the country.

Rajeev’s book is a reflection of the plights, miseries and inhumane treatment migrants have to go through in search of eking out a better future. But the series of events that took place in the narrator's and the people's lives, who are mentioned in the book tell a very different story.

Working for the U.S. or for that matter, any western countries always sound exciting to me. Moreover, being brought up in Baroda where nearly every house was grooming their children added fuel to the fire. Years ago, I took a decision to stay here and work for the undeserved people of my country.

After reading through the book, I seem to have made the right decision. But at the same time I ponder over the struggles made by our country despite having the brains of the world, we are still treated as outcasts and low grade wage laborers.

Not only the book communicates well, but also will give the serious reader a food for the thought.

Human migration, the reason for various civilizations and cultures to evolve, is the main concern for societies. The need for employment and in turn a living is the driving force for the migration. But the same thing can be a disaster both for the migrator and the society and the place he is migrating to, if there are no measures taken. Rajiv Dabhadkar, who has himself experienced the setbacks of it in the hands of body-shoppers, who is fighting for the rights of foreign workers, talks about the need for reforms in the present H1B laws. He unfolds his story and henceforth discusses about the present body-shopping system, the difficulties faced by the foreign workers, the reason why the local talent hates foreign workers and a common ground where everyone can be benefited.
Hope both the Indian & US governments take action in the regards at the earliest.

How to be Rich Tricks
Sujit Kumar Mishra