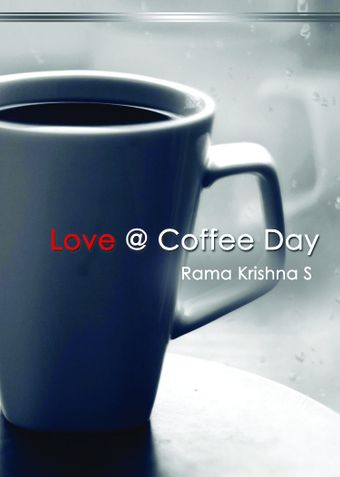 Janardhan saw a girl in a Coffee day; where Cupid strikes him and he falls in love for the 1st time. He was flying in air; all he wanted was to express his love to her.

After graduation it was time for him to have some real action in his life. He goes for an interview where he waits for his turn to come. He was sweating as it was a scorch summer, suddenly a girl walks in like a cool breeze, and he looks up to see who she was…. Wow!!! He can’t believe it, it was the same girl whom He saw at the Coffee day. But He loses her again….

His friends and family supports him to go to Delhi to find her; finally she was standing in front of him. He was happy limitless… but time takes away everything from him and his world changes thereafter.

After couple of years, he works in a call-center, “Tring Tring” phone rang, a beautiful voice comes from the other End says “Hi! James, can you fix my computer” he felt it was his Anjali. Was that his Anjali? , did he find her again?

Whatever happens, happens for a reason, after that phone call his whole life was changed all over again…..

The character Janardhan was born back, when I was working with Convergys. One day entire floor was enjoying the outage, when this character was slowly coming out from the mind into the paper, I told this story to Attaulla one of my senior in the company, and He said “if this is your dream to write a book then follow it till you complete it”.
Initially the name I thought for this book was “Thank you for calling” but in the end I changed it to “Love @ Coffee day”.
I have mentioned many of my friends name in this book, I am thank full to everyone.

Finally I want to thank my love Arpita who gave me strength and convinced me to complete this book.

I hope whoever reads this book will enjoy it….

Showing 1 out of 1
Arpita Biswas 9 years, 8 months ago

This is one book that will be with me for a long time, i will recommend any one who is reading this to buy this book, i am sure you will not regret it

All I Want Is Your Happiness...
RACHIT GUPTA

Ways To Stop Comparing Yourself To Others
kumar