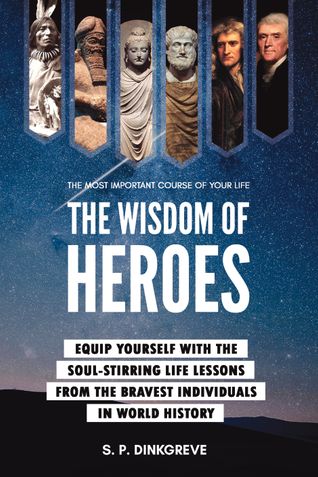 The Wisdom of Heroes

This book - which took me over ten years to complete - will reveal you to be a beneficiary of an ancient heritage of dazzling depth and beauty. By the sheer fact of being a human being, you are connected to the heroes of the past, who through their titanic acts have moved the world incrementally forward. It is time for you to become acquainted with this heritage - and this book will do just that.

We will trace the coming into consciousness of the human race from its tribal beginnings all the way up to the modern day. We will focus not on the succession of wars and kings, but on the soul-stirring and brave individuals, who with their ideas and insights have shaped our world, our self-perception, our understanding, and our freedom, and whose stories can give rich meaning to our lives.

We start our story when humanity finds itself in a foreign body in the midst of nature, interpreting the world as an interplay of gods and demons. The West increasingly placed the individual center stage, seeing human beings as agents with a free will, able to comprehend the world through reason and science, and deserving of inalienable rights. In the East, the emphasis was on finding a timeless reality within ourselves, resulting in a relentless quest to understand and control the mind and rid ourselves of its illusions.

It is the greatest story ever told.

Stephan P. Dinkgreve is a theoretical physicist (MSc) and educator from Amsterdam, with a long lasting interest in world history, philosophy and the sciences.

The Wisdom of Heroes

Be the first one to write a review for the book The Wisdom of Heroes.