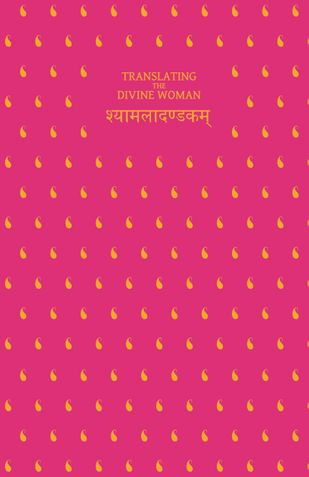 Śyāmalā Daṇḍaka, one of the most mellifluous verses in Sanskrit literature, has almost always been considered a religious text. Surprisingly, the literary quality of Śyāmalā Daṇḍaka has been emphatically overlooked. There are many translations of the text, but almost all are from a religious standpoint. Often, amidst the religious paraphernalia, many scholars paraphrase the verses, discounting the poetic element. In this translation, Kishore and Sambasivan highlight the literary beauty of Śyāmalā Daṇḍaka, while adhering to its religious significance. The translators have interpreted the Divine Woman, Śyāmalā, in contemporary terms, as a revolutionary awakening to womanhood.

The eulogisation of Devī as the Universal Mother generates reverential awe. Unfortunately, this awe limits itself to religious spheres in India, where female foeticide, dowry fires, denial of inheritance rights to women, assault against women and lack of gender equality are burning issues. Although the female entity and the female body are sanctified in the many hymns to Devī, there seems to be great reluctance on the part of the average Indian to respect women. This socio-cultural contradiction has haunted the translators throughout the translation and will continue to do so. If only the Divine Woman were to translate herself into the socio-cultural plexus of India, we would see true awakening!

Usha Kishore is an award-winning Indian-born British poet, writer and translator. Usha is currently resident on the Isle of Man, where she teaches English in a secondary school. Published in journals like Atlas, Index on Censorship, The Frogmore Papers, The Stinging Fly, Kavya Bharati, Indian Literature and South Asian Review and anthologised by Macmillan, Hodder, Harper Collins and Oxford University Press, Usha has won prizes in UK Poetry competitions and was shortlisted for the Erbacce Poetry Prize in 2012. Usha’s poetry is part of the UK Primary and Indian Middle School syllabus and her translations of Śaṅkara and Kālidāsa have been internationally published.

Born in 1936, Dr M Sambasivan is a retired Director and Professor of Neurosurgery, Medical College, Thiruvananthapuram. With an MS in General Surgery and an MS in Neurosurgery, Sambasivan is the winner of many accolades in the fields of Medicine and Surgery and is currently the Honorary President of the World Neurosurgical Society. The former president of the Neurological Society of India and chairman of the Indian Institute of Scientific Heritage, Sambasivan is also the chairman of the advisory committee of three temples and the Tantri for a number of Kerala temples. Sambasivan is an acclaimed Vedic scholar and a keen enthusiast of religious Sanskrit.

The Shades of you: Ladakh
Kaustubh Shridhar Limaye