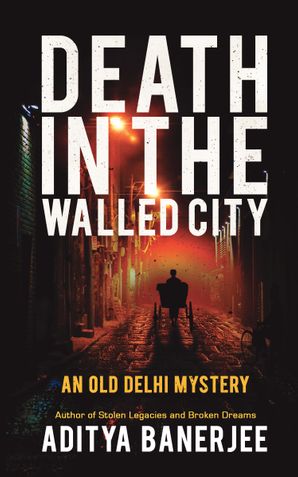 Death In The Walled City

In January 1983, Old Delhi is rocked by communal riots, and there are many victims. One death stands out and seems different from the others. The police and some journalists start investigating what happened during the riots and in their aftermath. When a police officer in Old Delhi starts digging, he uncovers secrets that one of their own may be involved. The officer, Shankar Sen, must tread carefully as he is out of favor with his superiors.

The story also attracts the attention of journalists from a newspaper. Nitya Chaturvedi has just got a promotion in her paper and has joined the senior ranks. She leads a young team of reporters who are eager to please and prone to making mistakes. She knows that there’s a lot at stake for her, and if things go wrong, the blame will fall squarely on her shoulders.

As the mystery unravels, with Shankar and Nitya looking at the case, they slowly realize that the death of this one victim may be tied to a much larger conspiracy. They are aided by a pesky young reporter who has a habit of saying the wrong thing at the wrong time. However, what he finds, throws the case wide open, and soon everyone must take notice.

Aditya Banerjee is the author of several mystery and fiction novels and is the creator of detective Shankar Sen. He is the author of Broken Dreams: A Callipur Murder Mystery, Stolen Legacies, Death in The Walled City, and A Poet’s Ballad.

Aditya grew up in India in the seventies and eighties and moved to Canada in the nineties. He is a graduate of McGill University in Montreal, Canada, and Manipal Institute of Technology in Manipal, India. He has traveled widely and is a history buff. Aditya lives with his family in Canada.

Death In The Walled City

Be the first one to write a review for the book Death In The Walled City.