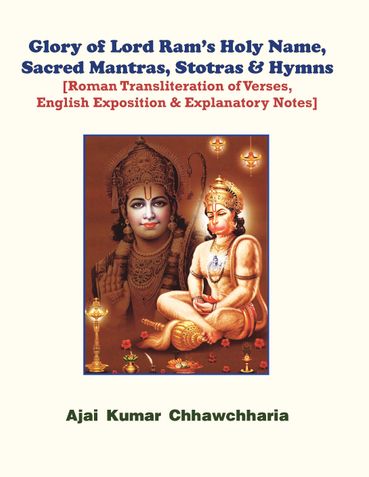 This Book is an excellent and comprehensive compilation in English with Roman Transliteration of the Scriptural Texts of Hinduism that brings under one single Title all such Scriptural Texts that glorify, honour and extol the divine Name of Lord Ram, as well as the many Sacred Stotras, Mantras and Hymns dedicated to the Lord. These Texts are highly revered, are very sacred, and have great spiritual value in Hinduism. They are dedicated to Lord Ram who was a human manifestation of the Supreme Being, and whose wonderful most fascinating story has been made immortal by the world-famous epic known in general terms as the Ramayana.

Be the first one to write a review for the book Glory of Lord Ram’s Holy Name, Sacred Mantras, Stotras & Hymns.

Back To You
Madhuri Tamse