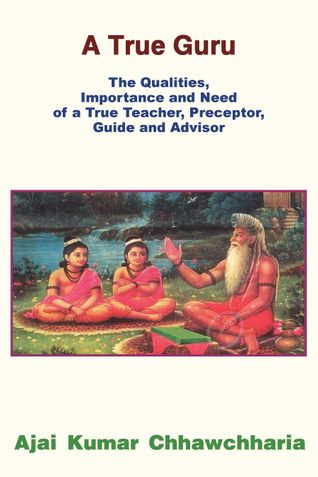 The Qualities, Importance and Need of a True Teacher, Preceptor, Guide and Advisor

A ‘Guru’ is a wise person who shows the light of knowledge and removes the darkness of ignorance in an individual’s life, both in the spiritual field as well as in one’s affairs related to this temporal world. So it becomes obviously very important to have a good and competent ‘Guru’, for only someone well qualified to show the correct path in a selfless manner would be of actual help. Another pertinent question is ‘the need of a Guru in one’s life’. Hence, it becomes important to know what good qualities and characters a ‘Guru’ must possess so that one can make an informed and wise decision while selecting someone to be one’s Guru as one’s entire future depends on this single decision. This knowledge of who a True Guru is instills confidence and helps one to have full faith in a Guru in whom one can confide without reservations, and from whom one is sure to have selfish and competent guidance and help in all matters in which one needs any.
This Book ‘A True Guru’ serves this purpose. It quotes directly from the Indian scriptural texts such as the Upanishads, Anand Ramayan and Ram Charit Manas to tell us ‘who a True Guru is’, and what we must seek in a Guru before selecting one. Since the basis of our Book is the ‘scripture’ which speak the Truth and the Fact, hence whatever we learn about a Guru through them is solid information that cannot be challenged or doubted.
We also learn in the course of our reading that a ‘Guru’ need not only be a human being, for if we learn something or get some kind of wisdom or become acquainted with some skill from any source in the Lord’s creation then that entity becomes a de-facto Guru at least for that particular bit of knowledge.
In short, this Book titled ‘A True Guru’ would be of immense help to spiritual aspirants as well as those who wish to learn about the virtues and characters that one need to search or look for in a person before one selects him or her for help and guidance in matters of life, both spiritual and temporal.

Be the first one to write a review for the book A True Guru.

Book 2: The Story of Marriage of Lord ...
Ajai Kumar Chhawchharia