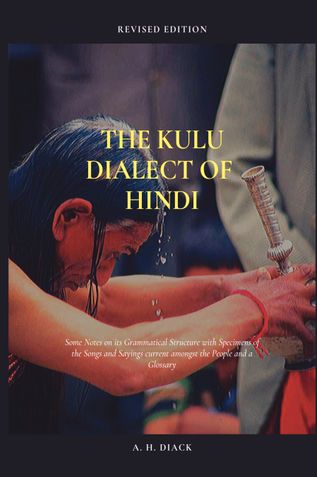 The Kulu Dialect Of Hindi (Revised)

Some Notes On Its Grammatical Structure, With Specimens Of The Songs And Sayings Current Amongst The People, And A Glossary

A revised version of A. H. Diack's 1896 book "The Kulu Dialect Of Hindi", the first-ever published work on Kului, a Western Pahari dialect spoken in the Kullu region of the Indian state of Himachal Pradesh.

- Hunterian system of transliteration replaced with a new system to give a more accurate approximation in Latin/Roman letters, to the sound of Kului words .
- Glossary terms are further written in Dēvanāgarī script.

He was the Assistant Commissioner and Settlement Officer of Kulu, a Subdivision of the Kangra District of Punjab, for about four years (1887–1890, 1891). The material published (1896) in the original 'The Kulu Dialect of Hindi' was collected by him during this period.

Diack was educated at the University of Aberdeen. He passed the 1879 I.C.S. examination, at just 17, and underwent his probation period at King's College Cambridge (1879-1881).

Employed in Ministry of Munitions (till April 1917)

1916: KCIE, Knight Commander of the Order of the Indian Empire

1920: CBE, Commander of the Order of the British Empire

The Kulu Dialect Of Hindi (Revised)

Be the first one to write a review for the book The Kulu Dialect Of Hindi (Revised).