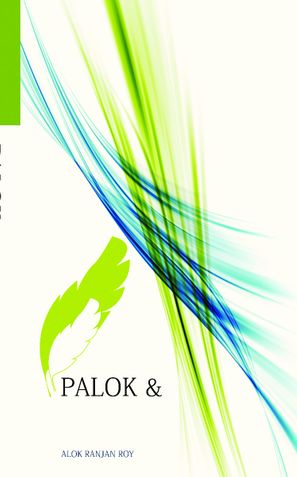 What happens when writing was started with 4 pegs…. Then continued with……..

Time! Palok couldn’t deny time nor defined it, just kept it as witness along with its stride. It was time when social network or telephonic friend was a fashion. If we accumulated events regarding networks then time would give a place to network in history. Thus time kept its presence from recession to dominate to highly competitive to liberated world. So Palok could not oppose it that time was witness.

Flirting! It was new version of the doctrine of love “Everything is fair between love & war.” Palok also tried it but love…. Yes for Palok lust, passion, desire were not a Casanova style love, rather he discovered love is color of lips, confessing effects of circumstance, money matters, competitive situation of time or red yellowish color of sunset…..

If given chance Palok also could build the Tajmahal.
Life! What’s the definition of life? Is it simple living on normal way, full of entertainment, depending on job not result or huge success? Palok discovered with normal way to lead life there were so many ways through which we could enjoy life. But wondered that winning could also be a way to lead the life. Palok also confessed “Meaning of truth” could be the proper definition of “Value of life”.

Palok would not allow others to underestimate that he was too conservative. He also liked to share his responsibilities towards this world.

So that’s Palok who was there, is here and will be on all directions.

I am Alok Ranjan Roy. After completion of graduation I came to Kolkata for Post Graduation. After completion PG I worked with few MNC's. This is my first novel in English. Before that I wrote few short stories and novels in Assamese and Bengali. I always like to write on practical topics likewise it is also based on practical experiences.

Be the first one to write a review for the book Palok &.

Other Books in Self-Improvement, Sex & Relationships

SUPERHUMAN: Unlearn and relearn to unlock your sacred ...
Andrew Rozario

How to Avoid Tensions and Achieve Peace in ...
Pritis C Majumdar