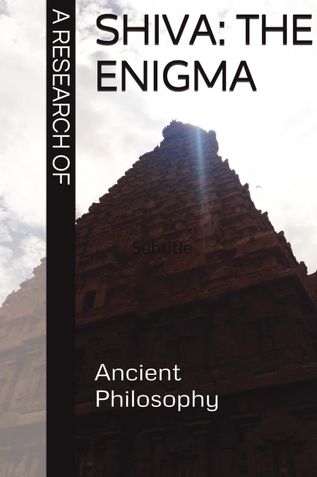 A Research of Shiva: The Enigma

Based on the various translations I have done of the sthotrams, mantras, Tantras, Upanishads etc., I find our understanding of Shiva is quite different from what is described in these literatures. The notion of Shiva as a God, its religious association with divinity, as a belief or any emotions associated with it seems alien when these texts are translated and read. I find by associating emotions, judgement and conclusions based on judgement to the concept of Shiva, we have lost the knowledge of Shiva and romanticised it according to our needs.

This book is based on my research and translations of these literatures, the conclusions that I have drawn based on my translations, as to what Shiva possibly could have meant. You can read the translations at my blog https://ancientinsight.online.

At a very high level, a contextual translation of the ancient literatures indicate that Shiva is the environment that gets created due to the vibration(OM) yielding to the turbulence (Rudra) that is present in the Isha (a set of potentials). A constriction in the entanglement (created due to the turbulence), creates a Linga and causes a part of the vibration (OM) to hang perpendicular to this system. These vibrations circle over themselves and come back and meet the entanglement, creating an environment of directed and reflected vibrations which then supports the formation of impulses which then grows to become awareness and beings. This environment is sustained by the Linga and the turbulence each ensuring that the other does not fade away.

By Profession, I am a software engineer. Currently, my primary hobby is to decode the upanishads and sanskrit mantras that I have been taught from young age to revere and respect. Along the way, I have realized that most of the translations I have been taught have been flawed and influenced by the beliefs and devotion of the person repeating it to me. The meanings have become subjective and hence have lost their original teachings, ideas and concepts.

When these same works of literatures are translated with a different context set to them, they take on a totally new meaning. A meaning which is simply awesome and much more deeper than any of the superstitious meanings that have been fed to me. A science that even the modern science has failed to grasp and understand. If these works of literature are really the truth, then the ancient intellects and thinkers truly should be lauded to be able to see so far beyond this reality around us.

Whether the meaning is something that is only acceptable to me or many others is something I do not know. But, this hobby of mine got me thinking what if these translations really were the truth? What if truly we are able to hold our minds and body steady to look further, to know further, to understand the fundamentals.

I hope you enjoy these books as much as I do translating, understanding and writing them.

The details of my translations can be found at my blog https://ancientinsight.online

A Research of Shiva: The Enigma

Be the first one to write a review for the book A Research of Shiva: The Enigma.

Other Books in Philosophy, History

Between the Twilights: Being studies of India women ...
Cornelia Sorabji