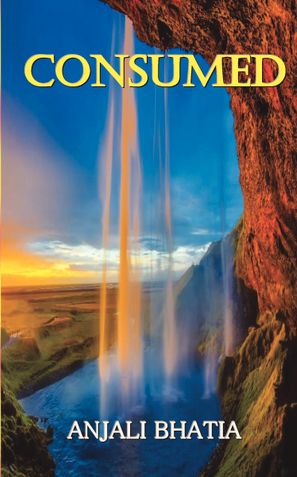 She has terrifying nightmares. She blabbers in a lost language. She can’t remember her parents’ faces.

Leela knows she has always been a misfit in Amarashtra, the Immortal Nation where everything can be bought and sold—including food, water, the right to life, and the dignity of the dead.

The old country of Yakri was transformed by its Supreme Minister Vikas Chandra Purushottam, or VCP, after a civil war called the Liberation. Twenty-five years later, Amarashtra is at its pinnacle of opulence. But it is stalked by a crisis. The old enemies of the Nation, the Anakshis, are back. Terrorist attacks and a high-profile murder drive Amarashtra to the brink of war.

Leela, however, has her own problems to deal with, which include her apparently-perfect marriage to one of the most powerful men in the Nation: Taksh Rajguna, her adoptive father’s son and the present Chief Technical Officer of Amarashtra.

As her spells of oddity intensify and she starts to question her own sanity, Leela embarks on a search which leads to astonishing revelations from her past—the secret of the lost language, Devkriti; the real history of Amarashtra which has been suppressed for a quarter of a century; Leela’s parentage and the reason for her memory loss; and finally, a stranger who reminds her of all she had forgotten to be.

What awaits Leela as she returns to confront her demons? And what will happen once she regains the whole of her memory?

A dystopian and allegorical novel, Consumed questions modern socio-political systems while taking its readers on a tumultuous ride of mystery and betrayal.

Anjali Bhatia is the author of a full-length novel, Twice upon a Time (Fingerprint, 2014) which received encouraging reviews. Several of her short stories and articles on social issues have found their place in newspapers and magazines. She has also reviewed works of other authors in print and on popular reading websites.

When she isn’t writing, she is devouring the classics, contemporary Indian fiction, narrative non-fiction and academic texts. She holds a Ph.D. in Psychology and is currently working in Mumbai. Having her roots in the Himalayas, she has a passionate love for nature and for the lore of small towns. Her interests range from metaphysical to soap-operatic, and she would love to continue writing about otherworldly Reality.

Be the first one to write a review for the book Consumed.

In the Dawn of Eden
BRENDAN MACCARTHAIGH