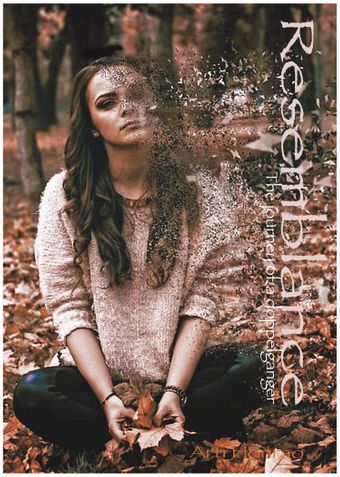 The Journey of a Doppelganger

When you perform on stage in school or college days, you try your best to become one with the character you portray in the play. The applause from audience is the prize you get for your performance and dedication.
However, it is totally different if you have to play the role in your real life. Portraying someone else, being one with someone, giving your best shot to be that person is not as easy as acting on stage. And, the applause does not come. Silent gratitude from the person to whom it makes the difference and hostility from those who are offended, without you wanting to offend them, is all you get in real life for role-playing.

When Sneha sees Ajay for the first time, she is not aware her life is going to turn upside – down. She does not know she is about to lose her individuality and step into someone else’s shoes willingly. What seems like love at first sight for her also means facing responsibilities which she is not sure, initially, whether she is ready to accept. The intensity of her feelings for Ajay, however, finally makes her take up the challenge of role playing of a wife and a mother.

Resemblance begins with Sneha being exposed to the shocking fact that she resembles a woman she has never met before in her life, a woman who is the wife of the man she falls in love with. The story completes a full circle when in the end Sneha finally reaches where she is meant to be, being who she is really meant to be. She faces the hostility of few people, swims through the sea of emotions, accepts the challenge of life and battles the desires which take a toll on her peace of mind to finally fulfil her true purpose in life.

On one hand, Resemblance takes us on a journey of Sneha’s life and on other hand it also tells us about the depth of mother’s love for her child, which overcomes even the barrier set by death.

What you feel deep within you is more important than what you think you feel...
Reaching that deep within place is not too difficult; you just need to cut off the chaos,
Go on a walk, spend some time with nature, listen to music, do something you really enjoy doing and not do it only because you have to...”

These lines by Arti herself perfectly sum up Arti’s writing and all that it stands for. Her writing represents feelings more than thoughts, insight more than opinions.

When you read her stories, or talk to her about them, you realize that she has lived her stories, each word, each character as though they were a part of another world, a world that she could open for us through her stories. Her blog 'You me and stories' is one such sneak peek into this amazing realm of love and relationships.

Author of fiction books 'My Life-story' and 'Is This Love & Autumn - The Last Leaf', Novel 'Resemblance - The Journey of a Doppelganger' and ‘Love Stories’ – compilation of 30 Short Stories on Love & Relationships, Arti is quite prolific and has written several poems, short stories, blog posts and more. She is an avid reader, an active blogger and a gifted photographer. Her unique way of depicting feeling and emotions, a simple yet skilful use of language and believable characters make her writing truly different. As the author herself admits, she does take words and dip them in feelings! The result is often a sweet and savoury read that keeps the reader asking for more!
A true Mumbaikar at heart Arti is single and currently lives with her parents.

Be the first one to write a review for the book Resemblance.