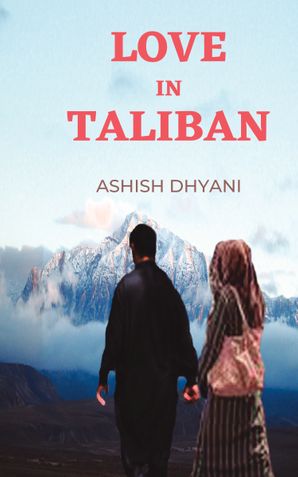 This is a story of Nazia and Gulfam, a young couple those were in love in the wrong land. A land which is now into the transition phase, where extremist Taliban has overcome the power.
Gulfam is a young guy serving in the Taliban on a mission to make an Islamic state, he is an ardent Islamic follower and wants to see an ideal state where there would be no scope for corruption, crime, threat, violence, greed, and elicit relation. He is a born warrior, a courageous man who never gets afraid of the outcome of his action. He even shoots without missing a second to the people who are adamant in their non-Islamic practices. Altogether, he is an extremist, who thinks only in one direction and is not ready to compromise on his ethics and religious zeal. But wait a minute, these were the traits that he carried before meeting Nazia.
On the other hand, Nazia is a soft-spoken, hard-working social activist, who denies migrating to India during a power scuffle in Afghanistan. She willingly embraced the complexities of her country, despite having the choice to escape. She knows how valuable it is to be connected with the land which was chosen for her by Allah. She wants to serve her nation. She helps numerous people without fear and greed, she is sacrificial in nature and doesn’t even count the risk which could be
involved as a woman in the Talibani reign.
Gulfam saw Nazia first time in a school-which he came to destroy, he has been a changed person since then, a peculiar undefined feeling throwing him away from his Islamic mission. He can be often seen lost in another world now, his heart is not with him, his eyes always search for one face, his hands shake when he is forced to pull rifles, bombs, or another arsenal. Something had happened to this young man who was intolerant, violent, and was full of inhuman behaviour before, he is now silent, peaceful, lost in another world, and wanted to undo his mistakes.
Whenever he sees Nazia, his face glows but had no guts to talk.
The love story begins from there…

Ashish Dhyani is a researcher, author, and photographer. He earned his Ph.D. in Pharmacological Sciences from the University of Milan, Italy. Later, he moved to the United States of America to accomplish his postdoctoral fellowship, where he continued his skills as a Research Scientist. He has recently published a book on “Hindu Festivals” (entitled Hindu Festivals-Why to celebrate) which is acclaimed as one of the best books in the international market. He is fond of writing storybooks for children too.
His new book “Love in Taliban” is now available to buy from several online portals.

Be the first one to write a review for the book Love in Taliban.

A Matter of Perception
Tahlia Newland