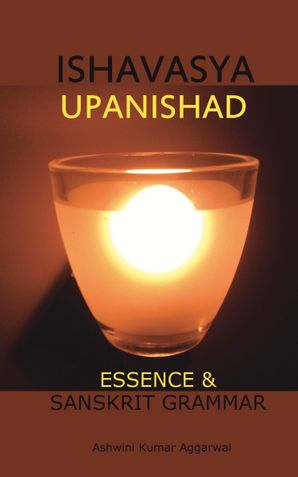 Upanishads are verses from the Vedas that have been compiled as independent and complete sets.
Those verses in the Vedas that amplify the greatness of man, his soul’s journey,
and his ultimate purpose are termed as Upanishads.

Traditionally the verses in each Veda have been classified as Mantra portion or Brahmana portion.
Mantra verses are action oriented. Brahmana verses are thinking oriented.

Upanishad verses are those that are found at the end.
Thus aptly named Vedanta. Literal meaning ending-portion of the Veda.
Spiritual connotation core-design-crux-essence.

Ashwini is with the Sri Sri Ravi Shankar Ashram based in the Punjab.
He loves to practice Yoga, perform Homa, study Sanskrit and
be at home.

Be the first one to write a review for the book Ishavasya Upanishad.

Other Books in Philosophy, Education & Language