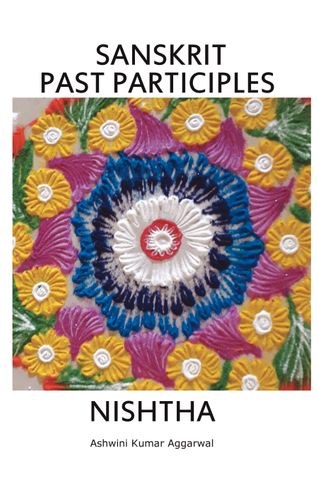 Sanskrit Literature, especially the Bhagavad Gita and the Upanishads have frequent use of निष्ठा words, primarily as Participles used as Verbs. And that too the Past Participle Passive क्त (kta) used in the sense of Past Tense, in place of the Verbs made using the लङ् affix.

The beauty of using निष्ठा lies in the fact that the same निष्ठा Participial Verb can be used in first person, second person or third person with no change in spelling. (This is not true of using लङ् affixed Verbs).

Nishtha words are also used as Adjectives in a sentence.

Ashwini is with the Sri Sri Ravi Shankar Ashram based in Punjab.
He loves to practice Yoga, perform Homa, study Sanskrit
and be at home.

Be the first one to write a review for the book Sanskrit Past Participles Nishtha.

The Merchant of Venice [in Hindi]
William Shakespeare, Alok Srivastava

IELTS -The Test that Opens Doors Around the ...
Jaikumar