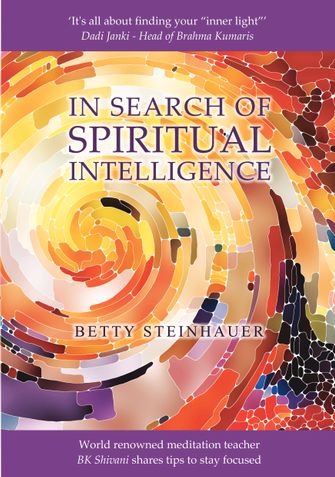 In Search of Spiritual Intelligence

My name is Betty Steinhauer.

I have no address. I own very little besides what I carry with me as I roam the streets. Just stuff bundled in 9-10 suitcases parked with friends across the world.

For me, being homeless is part of a bigger plan.

After being hit by a car several years ago not long after retiring, I had an epiphany. I realized that I had been on my own spiritual journey since my first visit to India in 1990. Since then, I have travelled to 155 countries, sometimes as a tourist, sometimes on business, sometimes for my charity. I have made friends all over the world. But, I still had unanswered questions. So, I decided to sell everything, pack up my life and travel the world with a difference.

This time I would journey not as a tourist but as a traveller wanting to learn from every wise person who crossed my path, and every challenging situation I found myself in. I would document my learning from the people I interviewed across the world. And so was born my new book, In Search of Spiritual Intelligence.

I was born in the U.K. and raised in Toronto, Ontario, Canada. My beginnings were tumultuous, my father having died when I was a teenager, and my mother soon after descending into bouts of Paranoid Schizophrenia so severe I had to quit high school to support her. But I wouldn’t allow that to keep me down. I picked myself up by the bootstraps. Landed a job as an office clerk in a supermarket. Then moved on to other jobs as I gained experience. After marrying and having children, I volunteered for community organizations. Over the years I developed a knack for business compliance of governmental policies. Eventually, I started my own consulting firm, Betty Steinhauer & Associates, providing the same services.

After my first trip to India in 1990 when I visited the Brahma Kumaris World Spiritual University, their work spurred me to expand the charity work I had begun in my home of Toronto. I founded The People Bridge, an international charity that served communities worldwide, building schools, digging wells, offering health-care services, and filling countless other needs. Mostly, we focused on providing people with the tools and education to help themselves, to give them the power to pull themselves up by their own bootstraps. In all, we completed 120 projects in 18 countries.

And that brings me back to my retirement just before the accident. Upon closing my business, I treated myself to a six-month world cruise, during which I tackled the mountainous task of beginning my memoir, ultimately titled My Way. It’s since been adapted into a screenplay titled The Nomadic Intern and is being shopped around for production.

During my nomadic travels these last five years, I decided to document and share what I have learned and am continuing to learn from the Brahma Kumaris and others interested in spiritual intelligence. I invited numerous enlightened people to be interviewed on this topic, which included what they believe spiritual intelligence is and what it means to them, how it is relevant to each of us individually and to the world as a whole in these turbulent times, and, based on their experience, how they each developed their own spiritual intelligence.

In writing this book, I serve as a bridge to people and places. My wish with the book, In Search of Spiritual Intelligence, is to reveal the wisdom of spirituality for the world in this time of uncertainty.

For this project, I interviewed forty-two people of all ages and from all walks of life from all over the globe. Some I only just met in my recent travels. Some I have known for many years. They are academics, business people, charity workers, politicians, writers, artists, religious leaders, members of Brahma Kumaris World Spiritual University. All are leaders in their communities. Though they may differ greatly from one another, I chose these people based on two commonalities: their humility and their humanity.

In Spiritual Intelligence, my interviewees and I explore the meaning of spiritual intelligence, how it’s useful in today’s world, and how each may live a spiritual life suited to their existence. Many people find themselves floundering about, unsure how to live and be in the world at this time. This book can act as a guide, a means to explore another level of being, of learning to discover ways to contribute to today’s fast-paced world.

To learn more about Betty Steinhauer and her latest travels, visit www.TheNomadicIntern.com.

In Search of Spiritual Intelligence

Be the first one to write a review for the book In Search of Spiritual Intelligence.