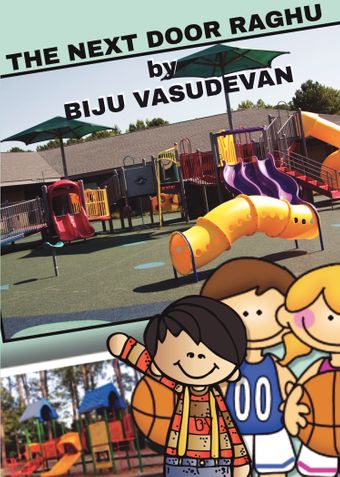 The Next Door Raghu (Indian Edition)

Loosely based and reminiscent of my own schooldays at Ispat English Medium School, Sector-20, Rourkela (Referred to as the Public School in the book), ‘The Next Door Raghu’ is the story of the extraordinary feats of a very ordinary, reticent, and apparently dull child, by the name of Raghu. Raghu has a lower middle class parental background and is frowned upon by the society as a dimwit who is not going to be of any consequence in his life. The little child and his perceived as unfortunate parents, are often the butt of jokes and snide remarks by an acerbic and sadistic society that has almost written off the disingenuous child. Raghu also starts to believe in his detractors and thinks that he really is inferior and substandard. But, Raghu tries to underplay and overcome all his shortcomings by latching onto children, who he feels can make up for his lacunae. As life goes on for the unassuming, but wily and scheming little child, he discovers a few gifts from God that he is blessed with, that sets him apart from the rest of the world. Although still humble, artless, and unassuming, the little child uses his special gifts to save the lives and the property of the people of his town, namely Rourkela in Odisha, India, on two occasions, thereby catapulting the once ugly duckling of the town into superstardom. Raghu becomes a national and international celebrity, much to the joy of his supporters, and much to the chagrin of his detractors and doubters.
The rollicking adventure story of the little child and his band of faithful and intrepid friends, is very intriguing, inspirational, entertaining, and also tremendously funny and hilarious, and should appeal to people of all age groups. It should be a treat for children, and also adults interested in some wholesome and entertaining literature.

Mr. Biju Vasudevan is a graduate mechanical engineer currently working as Assistant General Manager in SAIL, Rourkela Steel Plant. He is married to Jyothi Kishan and has a daughter Arundhati and a son Venugopal. This book, which is a hilarious laugh riot of a children's adventure book is his sixth book.

The Next Door Raghu (Indian Edition)

Re: The Next Door Raghu (Travel Companion Edition)

Little Raghu is a thoroughly disreputable child. He lies, he cheats, he steals, he is a bootlicking toady and a manipulator. Yet one can't help liking him.

The Next Door Raghu offers a respite from the endlessly goody-goody 'perfect children' in most children's literature, and as well, for the Western child it offers a fascinating look into what it is really like for a small boy living in India.

The story is intriguing and well told, and I laughed out loud many times. Vasudevan's English is not perfect, but it is at no time difficult to follow, and the occasional strange usage confers a pleasantly exotic tone on his narrative, much as the lilt of an Irish or Italian accent can enhance the sound of a speaker. I have been following this author's work since his first book was published, and in my opinion this is his best work to date.
The links to the reviews are-