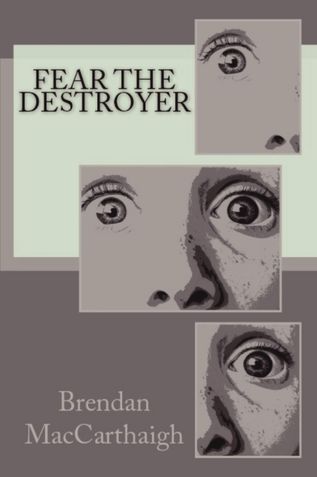 Everyone's afraid of something. For many, that fear diminishes their lives, in some cases hugely. This book is about dealing with the various fears that people have.

The author, a Christian Brother, is highly qualified in several pedagogical and psychological fields.

Dr Br Brendan MacCarthaigh is a passionate spokesman (and writer) for the students of India, among whom he has worked at every level from prestigious universities to backstreets, lanes and railway-platforms in many places throughout the country. He is the ceo of SERVE, an ngo he co-founded twenty years ago in Kolkata, unique in that the three founders were Hindu, Muslim, Christian, committed to the elimination of suffering by the students of the country. Among those sufferings is the issue of fear and, though not of course confined to students, they too experience it, so he hopes that these pages will help them as well as everyone else cope more confidently with this strutting bully.

An Irishman by birth, Brother Mac (as he is fondly called by his students) is an eminent educationist, a practicing psychologist and a noted columnist. He has many qualifications and has received many awards for his efforts and achievements through more than half a century. Among the awards are The Telegraph Education Foundation Hall of Fame, the Silvers Award from the Mumbai-based Harmony magazine, and the Gurukul Award for life-time service to education. But he is proudest of the award that he received from the Ram Rahim Ekta Manch in recognition of his contribution in the field of education, literacy, communal harmony, secularism and national integration.

Br Mac is also popular among the readers of Kolkata for his unique and engaging writing style. Some books authored by him are Where the Child is Without Fear (outlining a new system of classroom teaching that won its spurs in Delhi at the turn of the century), Where the Teacher is at Ease (with Sonia Bhattacharyya), Stress, Teen Things (with Debu Bhattacharya), Gender and Sex in the Classroom, Tips for Teachers, and Principles for Principals.

Be the first one to write a review for the book Fear The Destroyer.

Other Books in Self-Improvement, Parenting & Families

What God Whispered in My Ears?
Sania Shaikh