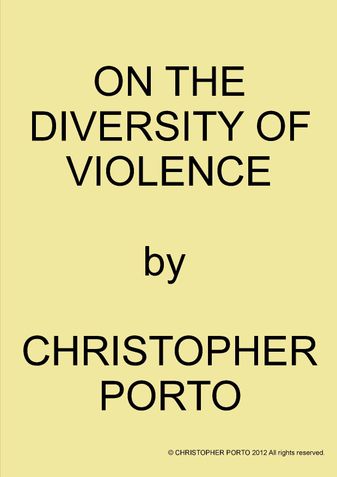 On the Diversity of Violence

Adapted from pp. 70-72: The influential theorist Donald Black makes sweeping claims that his approach explains terrorism as well as other forms of violence with “geometrical precision.” This includes terrorism and many other forms of violence:
Black claims that each form of conflict or means by which social actors handle conflict has its own “precise” social geometry: “Every form of violence has its own structure, whether a beating structure, dueling structure, lynching structure, feuding structure, genocide structure -- or terrorism structure.” Is this empirically valid? Is it possible that there are social settings or social structures that produce a multiplicity of forms of conflict? . . . Anarchic or partly anarchic settings that call into question the authority of states manifest multiple types of violence and conflict. Partly anarchic settings such as the Algerian War on Independence (1954-1962) may manifest strikes, boycotts, riots (including the first “smart mobs” instigated by electronic communications), vigilantism, political assassinations (the targeted killing of an individual who represents a group), policing, tax collection, the provision of social services, the provision of political graft (identifiable as “compensatory” conflict management in Black’s approach), third-party settlement behavior, aggravated forms of torture, negotiation, mediation, coup d’etat or attempted coups (the French colonists nearly succeeded in a coup d’etat of France and nearly assassinated the French leader de Gualle on more than one occasion) and also terrorism. In other settings, insurgents also administer ad hoc prosecutions and trials. Thus, settings that generate terrorism may manifest a multiplicity of forms of conflict -- or what I elaborate later as conflict differentiation or moral differentiation . . . There is a tradition in sociology and anthropology, traceable to Emile Durkheim but more explicit in the works of scholars such as Laura Nader, Max Gluckman, and Donald Black that identifies the handling of violent and non-violent conflict, whether through legal or juridical means or not, as morality (Note that the updated Army and Marine Corps counterinsurgency manual, released in June 2006 and then again December 2006, suggests that insurgents employ various tools beyond violence per se, including political, military, economic means and also popular appeals to potential sympathizers . . . The Army had not updated its counterinsurgency manual in about 25 years, and the Marine Corps in about 20 years, but its initial quote is: “Counterinsurgency is not just thinking man’s warfare – it is the graduate level of war” and the initial sentence of the summary: “Counter-insurgency is an extremely complex form of warfare – truly ‘war at the graduate level.’” The consequent reduction of violence in Iraq after the modest “surge” of troop levels was not a result of superior technology or a vast military budget -- since these were already supposedly an advantage of the US before the “surge” -- but instead a dramatic change in tactics related to cultivating relationships and coalitions with Iraqi tribes, factions, insurgent groups, and influential political figures by compensating them.

On the Diversity of Violence

Be the first one to write a review for the book On the Diversity of Violence.