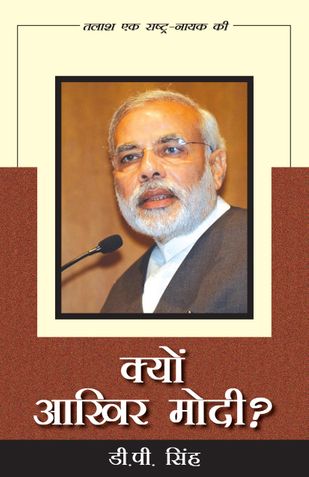 On the eve of Independence, Nehru had declared India’s ‘Tryst with Destiny’ as redeemed. However, thanks mainly to shenanigans and the venality of its political and bureaucratic class, the hope held out by that ‘Destiny’ has turned into unqualified despair by now. And, it is as good as cast in stone that before it got opportunity to celebrate the centenary of its Independence, India would be busy redeeming its tryst with the forces of Doom. The rest of the world too can’t escape being caught up in the death throes of so huge a nation and suffer tremendously.

Hopeless is said to be the lot of the peoples that await a Savior to rescue them from the consequences of actions that may or may not belong to them. System – and not person – is what they should place their collective faith in. As for the Indians, they were given a system, alright. But,
tragically, the same not only failed to deliver them of their ills, old and new, but has also corrupted itself almost irredeemably. So, a person – call
him Savior, ‘man-Friday’, or just a national ‘Chotu’ – it has to be, as far as they are concerned.

Present book is an attempt to find out whether the legatees of the venerable land have got so lucky as to have produced a leader who they could all place their collective faith in to enable him to extricate them from the mess they have been stuck in, and save their future for them.

The author holds a degree in electrical engineering from M. N. R. Engineering College Allahabad and was more or less comfortable serving a state level corporation in, what could be termed, worldly-wise or business-as-usual sort of way. However, an inner call never ceased to pull him into another direction all that while. The same turned into a crescendo over the years, leaving him no option than to go in for retirement and devote himself full-time to do its promptings. Soaking-in the inputs provided by social, economic and political milieu, cogitating furiously over them, and turning the product of the dreary process into books—that is the author’s new, ‘higher’ calling. Though the last fruit of the process, present book is first to see the light of the day. It should rather be termed the author’s first salvo in his war against corruption and complacence doing in (in his view) the nation. Many more are set to follow in quick succession. Readers brave enough to put up with over three hundred pages long trial are welcome to provide feedback on dpmoti@gmail.com.

Be the first one to write a review for the book Kyon Aakhir Modi?.