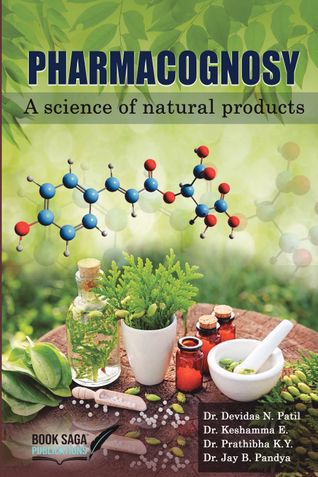 A Science of Natural Products

Pharmacognosy studies natural resources such as animals, plants, and minerals from which drugs can be synthesized. In this book, the authors have tried to cover almost every aspect of natural drugs, including medicinal plants and their types, medicinal systems of the past, benefits offered by the cultivation of medicinal herbs, which active constituents are present in plants, and their specific parts, how these active constituents are beneficial for the treatment of certain diseases including cancer, skin problems, and cardiovascular disorders, extraction of active compounds and their processing, what impact they have on the economy of different countries.

In the ancient times, people used to treat their diseases with compounds extracted from herbs and other medicinal plants which lead to the development of different types of medicinal systems such as Ayurvedic system, traditional medicinal system of China, medicinal system of Unan, homeopathic system, and aromatherapy. The prescriptions and foundations of these systems were different from each other, but the only similarity was that they all were based on natural medicinal plants. With the passage of time, medicinal plants and their extracts became the source of income for many Asian populations when people started cultivating these plants on their agriculture farms. These plants and active compounds derived from them are exported to other countries which contributes a lot to a country’s economy. Today, medicinal herbs are a billion-dollar market.

Despite the greatest advancement in the health care and medicine industry, medicinal plants are again gaining popularity in this era due to several factors, including increased prices of advanced medicines, expensive treatments, population growth, and the harmful effects of synthetic drugs. The most important are the side effects of certain advanced unnatural drugs, impacting people’s preference for using natural drugs over synthetic ones. The largest advantage of natural drugs is that they are believed to be free of harmful effects and are proven more effective and safer to use. Plant parts and even the whole plant can be used in raw form with adding any chemicals which eliminate the risk of side effects. On the other hand, synthetic drugs are processed in laboratories by various chemical and biological reactions, which produce by-products that can interfere with the functions of the human body to make the condition even worse.

Dr. Devidas N. Patil
Dr.Devidas Patil is currently working as HOD and Assistant Professor in Botany and the Environment Science degree course coordinator at Bharatiya Jain Sanghatana’s Arts Science and Commerce College, Wagholi, Pune. He has 25 years of teaching and research experience. Dr.Devidas has attended, presented, and published his research work in several national and international journals and books. He also conducts Hands-on training for the Cultivation of paddy straw mushrooms, Gardening, and Nursery Techniques.

Dr. Keshamma E.
Dr. E. Keshamma has been an Associate Professor Department of Biochemistry at Maharani Cluster University, Bengaluru. India. She has published more than 60 research papers in Journals of National & International repute, review articles, 30 book chapters, and 15 books in Life Sciences. She has also presented more than 30 numbers of her research investigations work and participated in symposia, seminars, and conferences at National and international conferences.

Dr. Prathibha K. Y.
Dr. K.Y. Prathibha has been an Associate Professor in the Department of Botany at the Maharani Cluster University, Bengaluru, India. With a Master’s Degree in Botany, she was awarded a Doctoral Degree in 2009 for investigating “In-vitro Studies in Banana Cultivars” at the Bangalore University, Bangalore. She has published over 25 research papers. She was awarded ‘The Best Oral Presentation Award’ for delivery on “Identification of heat stress-responsive mi RNAs in Niger (Guizotiaabyssinica) through small RNA sequencing.”

Dr. Jay B. Pandya
Dr. Jay B. Pandya is currently working as Assistant Professor in Botany at Shrimad Rajchandra Vidyapeeth, Dharampur, Valsad,
Gujarat, India. He has 12 years of teaching and 19 years of research experience. He has published 21 research papers in National and
International journals and published two books. He has also delivered lectures on Anatomy, Physiology, Ethnobotany, and Pharmacognosy.

Be the first one to write a review for the book Pharmacognosy.