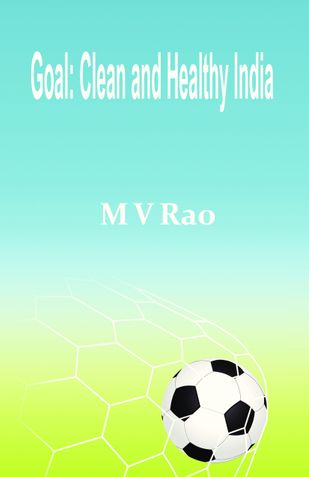 For several administrators and district functionaries, sanitation or toilet construction may not sound that glamourous! But, it is vital and important as human dignity, privacy and serious public health issues are involved. It was possible to do years back in Midnapore which is considered role model for sanitation movement not only in India but also in several developing countries. It is part of folklore now that girls used to refuse marriage proposals if toilets were not there at houses of in-laws! Village after village used to have welcome boards to clean villages.

Community Health Workers or Sasthya Sahayikas of West Midnapore was an initiative drawn from and sustained by the community. Prevention is better than cure, how often we say this! Sasthya Sahayikas in several villages proved that it was possible. The poor and vulnerable spend up to 30% of their hard earned income for treatment of many diseases which can be easily prevented. Health is more than absence of disease. By improved health and hygiene practices, it was seen that living conditions improved remarkably with very low cost interventions. The concept has become universal with introduction of ASHA or Accredited Social Health Activist in every village.

Child health promotion through periodic check-up will help in proper growth of children and correcting any deviations early. The entire country’s future is built on sound and healthy foundation of children. Sick and undernourished children cannot be expected to be productive future citizens. Hence, every child’s health need to be periodically checked up and a ‘Health Card’ has to be given to each one of them.

The initiatives on sanitation, community health workers and child health promotion have been narrated in this crisp book with linkages to current scenario in India on these important issues. The author was fortunate to be associated with these initiatives as District Magistrate of Midnapore.

Dr. M V Rao, an Indian Administrative Service officer, served as Director General, National Institute of Rural Development and Panchayati Raj (NIRD & PR) and Chief Executive, National Fisheries Development Board (NFDB). He also held assignments of District Magistrate of Malda and Midnapore districts of West Bengal. He was also Senior Consultant to UNICEF. He has been working for several years on innovative, practical and action-oriented ideas for participatory development of people at grass roots. His earlier publications include Rooted to The Ground: An Indian Civil Servant’s Field Notes (2015), Persistence and Change in Tribal India (2012) and Development for the People: Innovations in Administration (2002).

Be the first one to write a review for the book Goal: Clean and Healthy India.

Other Books in Medicine & Science, Self-Improvement

The spirit of yog(a)
Deepak Dixit