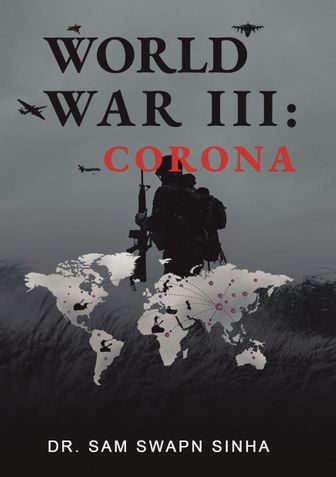 Corona changed the world for ever. Anything Comparable in history is World War II, 80 years ago, that had such a vast impact and destruction. Close to 10 million people infected by Corona in 213 countries and close to half million people dead in the world till June end 2020. The impact of this war is $ 10 Trillion on the global economy and will leave 200 million people in extreme poverty.

This has created a global recession and USA - Europe will struggle hard to come out of this. One study indicates it will take the USA 10 years to come back to where it was 90 days ago. In a world war most countries are impacted, axis-allied powers fight,mass destruction, deaths, pandemic happen, sorrow and grief surrounds the world- That is what is happening right now.

Is it that China perhaps created this virus as a part of Biowarfare? It appears they were working on for almost the last two decades, since they gained entry to the WTO in 2000, to become World SuperPower #1, to replace the United States as the World Leader #1.China started working on Viruses from 2002-2003 onwards with SARS virus. They built world class lab BSL 4 and their Lab was a reference lab for WHO.

They were working on coronavirus from 2005 onwards from bats in China. Shi Zhengli the researcher was rewarded many times and awarded accolades for creating synthetic virus which had S protein and could bind with human cells. The hybrid virus could transfer into mice and other animals. This led to human transmission and expansion to 'human- human' chains globally. Rest is the story that we all know.In this book we explore from different perspectives the origin of the virus based on several studies across the world.

We get into how China decided to create this, build a global vision to be #1, and worked on it for almost two decades to reach this stage in 2020. Virus was probably born in Wuhan lab vs the market, or it came directly from bats to humans. We present extensive research done on this. Articles and research from leading universities and institutions is presented. Harvard, John Hopkins, The book then moves into the accident and panic that happened during the Corona crisis in Wuhan. Then it gets into how virus went global and started impacting G7 economies that had 50% of global GDP.The Corona virus destroyed the US , Europe, and lately other economies such as Brazil, India, and Russia.

The book talks about how this will change the World Order completely and how China will be undisputed World Leader #1. How this strategy and the initiative of 'Made in China 2025' will change the world and make China the biggest economy with 23 Trillion dollars and surpass the US economy in 3 years time much ahead of 2025 vision of China.This book then ends with recommendations on how individuals and governments, nations, can cope up with this strange world scenario and come out successfully from the current crisis.

This book is ultimately an act of fiction meant to enthuse, inform, and educate readers on perspectives on future world order. Wang Wei and Zhang Wei are fictional characters that are from the Chinese Government and discuss what they are doing to create, grow it, and destroy the world with this Virus.

The moral of this story is that the world needs to move on and away from the current situation. World peace must be created. All human beings are equal and no mighty country should try to rule the world. No country should be allowed to dominate the world and create hegemony.

After getting his MA, MBA he joined IndianOil and worked there for more than a decade, after quitting his life-long permanent well paid Government public sector job in India, to explore his passions, he embarked on his journey to pursue a Doctorate degree in International Business from the United States from Golden Gate University in the beautiful city of San Francisco in Silicon Valley California. In his own words: “ I wanted to know what I was born for, why do I exist, who am I, and what is the purpose of my life, I set out on my global journey?

He teaches courses at a local university in Fremont. He has been in America for more than 17 years. His wife Monica Sinha and wonderful daughters Eva Sinha, Eti Sinha live in Fremont, California, with him. He loves to read a lot, sing, play guitar, run half a marathon, and play Chess, Sudoku, and drive cars like crazy. His best friend is his pet Elon for the last 3 years.

He is a very well-known trainer and coach in Silicon Valley and a very popular Agilist & life coach in the United States and globally. His corporate career spans more than 30 years across Fortune 500 and start-ups. He likes to travel, wander, be a lifelong learner, and explore the world. He wants to continue his “ globe-trotting” and someday scale Mount Everest. He loves reading, writing, coaching, video teaching, and has his own You tube Channel Dr. Sam Swapn with close to half million views and thousands of subscribers.

He has written several articles and books. He is a keynote speaker, writer, author, youtuber, presented in several conferences, a corporate trainer, a part of a think tank. He is a member of Forbes Technology Council. He is one of the best sellers. His first book was published in 2007 on FDI and Emerging markets of China and India by Universal Publishers. His article on China and India- A comparative study was published in prestigious Financial Times in 2007. Dr. Sam’s second book on saving the environment - Green Business was published in 2010 by Author house. His other 4 books are under active writing and preparation- Agile, Project Management, The Country Inc., Equality & Equanimity.

He has taught thousands of professionals and his students love him for his teaching and coaching style. He has a highly unique style- interactive, engaging, thought provoking, visual, action oriented, colorful, peer to peer, captured in his patent on his “Smarter Learner” platform. His contributions to the growth of teams, corporate leadership, governments, international business, and the global world are significant and noteworthy. His courses on Strategy, Project Management- Agile, Business Analysis, and latest technologies such as AI, Data Science, Blockchain are very well received. He is invited as a guest lecturer and a team coach at several Bay Area companies.

He has been following China closely for the last many years as his Doctorate work in San Francisco involved study of China and India in 2003-2006, and when Corona happened suddenly at the end of 2019, It all just came together. Why now? Who did this? What is the motive- all these questions led to the research, discovery, and some eureka moments that led to the building of this book: Corona- The III World War.

Dr. Sam was a student of Biology and Chemistry in his early years and studied these two subjects at the Bachelor of Science level. He spent hours with his microscope that his doctor dad bought for him to study biology and zoology- looking at viruses, amoeba, paramecium, bio cells, mitochondria etc. to understand how they are formed, replicate, mutate, etc

After completing this book and working on some of his videos, he wants to travel, watch, write, help humanity in bringing social justice, and help create an equal and peaceful world where everyone is happy and he will help to achieve balanced growth and global happiness. His nonprofit ‘Sabla’ is devoted for that purpose only and he wants to contribute the rest of his life for the next 20- 30 years towards ‘not profiting’ but giving it back to the world.

He can be reached at sam@strategisminc.com or called on his USA number 415-377-7536. His India number is 9650014333. Your feedback will be greatly appreciated. I love you all. We all need to fight for world peace. We are all together in this

Be the first one to write a review for the book World War III: Corona- The New World Order Unleashed.