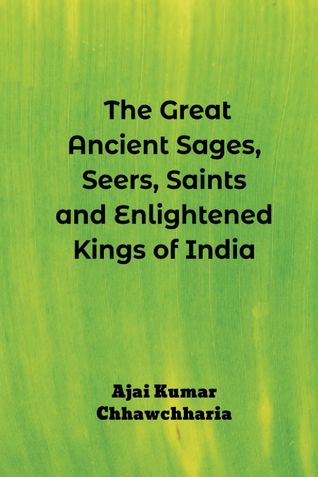 This Book is a unique compilation of pen-sketches of fifty-one of the greatest of sages, seers, saints and enlightened kings of ancient India who were famed for their outstanding knowledge, erudition, sagacity, wisdom, enlightenment and realization of the Truth as enunciated in the ancient scriptures.
Here we shall read briefly about their lives, works and philosophy that had had profound impact on the beliefs, thoughts and writings, as well as the understanding of the scriptures and the great metaphysical, spiritual and theological principles they contain, for the teaching and guidance of these illustrious souls served as a beacon of hope for generation after countless generation of spiritual seekers who wished to learn the Truth and find a true path that could lead them on to the attain the real goal of life and their truthful destiny as envisioned and espoused in the scriptures.
The voluminous scriptures were like a forest of knowledge, and it was difficult to navigate through their esoteric and difficult-to-understand texts to extract the Truth from these immense tomes in a comprehendible and practical way. The knowledge of the scriptures would have remained buried and unknown and forgotten, without being of any good to the world by shining and providing their light of knowledge to the world as the sun does, had these enlightened souls not made the effort so that this knowledge could be made easily accessible to all seekers in the form of their teachings and guidance.
In a metaphoric way, therefore, the Supreme Being had revealed himself in the forms of these great and illustrious sages, seers and saints who acted as teachers and guides for the rest of the world. They showed the world the light of the correct knowledge that was enshrined in the scriptures, but which would have otherwise remained unknown and shrouded in a veil of darkness of ignorance, leading to a great spiritual void, for without their contribution this eclectic knowledge would not have been brought to the fore, and polished to bring out its brilliant light which would illuminate the path of seekers of Truth and Reality in this world.

Be the first one to write a review for the book The Great Ancient Sages, Seers, Saints and Enlightened Kings of India.