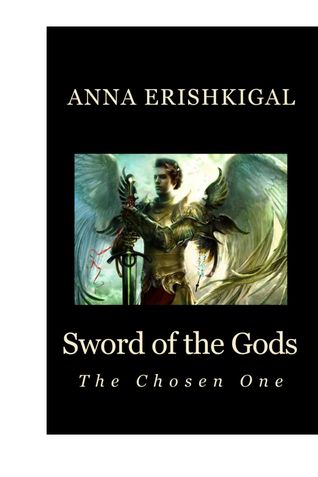 Sword of the Gods: The Chosen One (eBook)

Sword of the Gods Saga - Book 1

<strong>At the dawn of time, two ancient adversaries clashed over control of Earth. One man rose to stand at humanity's side. A soldier whose name we still remember today...</strong>

Mikhail awakens, mortally wounded, in his crashed ship. The woman who saves his life has abilities which seem familiar, but with no memory of his past, he can't remember why! With his ship destroyed and a shattered wing, he has no choice but to integrate into her village, a task made difficult by her jilted lover.

Ninsianna's people have prophecies of a winged champion, a Sword of the Gods who will raise armies from the dust and defend her people against an Evil One. Mikhail insists he is no demi-god, but her dark premonitions and his uncanny ability to kill say otherwise. Even without the technology destroyed along with his ship, the sword he carries is a weapon of mass destruction to a people who still throw sticks and stones. When young women start to disappear, Mikhail must organize her people to fight back against an enemy who remains unseen.

Evil whispers to a sullen Prince. A dying species seeks to avoid extinction. Two emperors, entrenched in their ancient ideologies, cannot see the larger threat. As intrigues roil the heavens, a tiny Mesopotamian town becomes ground-zero for this fantasy fiction retelling of mankind's most epic story about the battle between good and evil … the clash of empires and ideologies … and the greatest superhero to ever walk the Earth. The Archangel Mikhail.

Anna Erishkigal is an attorney who writes fantasy fiction under a pen-name so her colleagues don't question whether her legal pleadings are fantasy fiction as well. Much of law, it turns out, -is- fantasy fiction. Lawyers just prefer to call it 'zealously representing your client.'
.
Seeing the dark underbelly of life makes for some interesting fictional characters. The kind you either want to incarcerate, or run home and write about. In fiction, you can fudge facts without worrying too much about the truth. In legal pleadings, if your client lies to you, you look stupid in front of the judge.
.
At least in fiction, if a character becomes troublesome, you can always kill them off.

Sword of the Gods: The Chosen One

Be the first one to write a review for the book Sword of the Gods: The Chosen One.