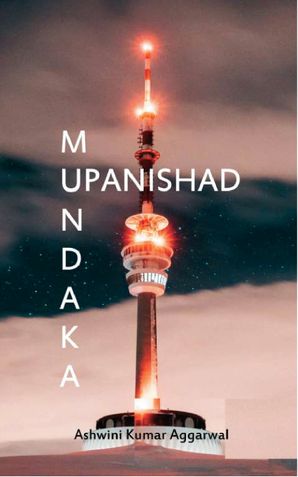 Mundaka Upanishad is from the Gopatha-Brahmana of the Atharva Veda. Whereas its Samhita portion survives in two recensions, after sages Paippalada and Shaunaka, the Brahmana portion available today is only of sage Gopatha.

Mundaka Upanishad gets its name from “a head shaved of all heavy botheration”. By the sincere study of this Upanishad, one’s mind resolves all troubles, difficulties seem trifles. It quenches the thirst of the sincere seeker and in beautiful verse satiates the heart of the ardent aspirant.

Mundaka is especially written for the man who is willing to rise above the crowd, whose performance in daily life is extraordinary, who is willing to work harder than his colleagues. It is for the soul who uses his talents to be creative and productive, and is at the same time thirsting for the Unknown.

2.2.10 There no sensory light reaches, that is fathomless, silent and still.There is no distinction there, no features of any sort even when examined under the blazing sun or the cool moonlight or even the faintest star. Purity is a seamless whole, that the light of intellect does not grasp, nor does lightening illumine. Then how could our small candle flames or fancy torches or puny ego reach there?

By Brahman is the functioning of men and machines, By it is governed the tempest and the breeze.
All is made brilliant by its kindly light, all of us touch glory under its shade.
Any victory or fame is due to its grace. Any win is its will. All powerhouses are powered by it,

Ashwini is with the Sri Sri Ravi Shankar Ashram based in Punjab.
He loves to practice Yoga, perform Homa, study Sanskrit,
and be at home.

Be the first one to write a review for the book Mundaka Upanishad.