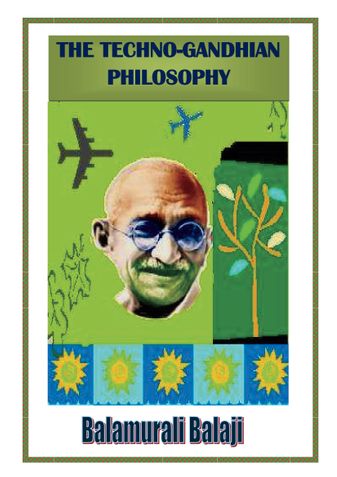 Dr. Balamurali Balaji is a Techno-Gandhian and the founder of CIT-GPNP, the Centre for Information Technology and Gandhian Philosophy of Nonviolence and Peace. This Techno-Gandhian Centre has a motive of bringing technology and philosophy together to end the never ending debate of their co-existence.

He is a member of many Gandhian institutions such as GandhiServe Foundation, Germany, Gandhi Memorial Center, U.S.A., Gandhi Peace Foundation, Nepal and Bombay Sarvodaya Mandal. He is also a socio-political activist.

He has written numerous articles on Mahatma Gandhi and his life and principles. Authored "Gandhi Invoked Volume I and II", "Relevance of Gandhi: Ideas and Issues", "The Techno-Gandhian Philosophy", and "Soulful Ideology". He is also a Writer-Editor of a monthly journal "The Techno-Gandhian News" since 2011.

He lives in Chennai, Tamilnadu, India with his wife and a daughter.

Be the first one to write a review for the book The Techno-Gandhian Philosophy.

create your own story
Newpostcard