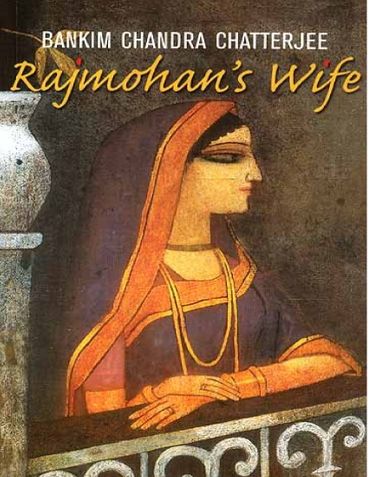 Originally serialized in the periodical, Indian Field, in 1864. First published in book form in 1935. This novel is the first novel in English by an Indian and the debut novel of its author.

Strangely enough, Bengal's first great novelist, like Bengal's first great modern poet, made his debut in the field of literature in the English language. Bankim Chandra Chatterjee was only twenty-seven when he won a permanent place in the history of Bengali literature with his first novel in his mother tongue, Durgesh-Nandini, published in 1865. Two years before that he had completed a novel in English. This was entitled Rajmohan's Wife and was published as a serial in 1864 in the weekly periodical, the Indian Field, edited by Kishori Chand Mitra. The files of the Indian Field being now almost unobtainable, the existence of a complete English novel by Bankim Chandra Chatterjee was almost forgotten, and even his biographer and nephew, Mr. Sachis Chandra Chatterjee, has stated that Bankim did not finish this English novel. A happy chance has, however, enabled me to recover the complete story with the exception of the first three chapters. I had occasion, in connection with a different line of investigation, to go through the files of the famous Anglo-Bengali paper Hindoo Patriot for 1864, facilities for consulting which were very kindly obtained for me by Sir Jadunath Sarkar from Mr. Sitanath Pal, a grandson of the great Bengali publicist, Kristodas Pal. With this volume of the Hindoo Patriot was found bound by chance all but three of the issues of the Indian Field in which Bankim's novel had appeared. Thus the historian of Bengali literature has reason to be grateful for a binder's mistake.

Be the first one to write a review for the book Rajmohan's Wife.