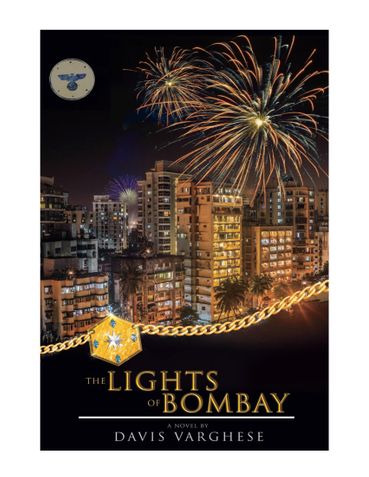 The Lights of Bombay (eBook)

It's the year 1509 and the battle of Diu is raging. In the thick of the fight, Viceroy Almeida, one of Portugal's best known Naval commander loses his precious amulet which finds its way, via a singular twist of fate, into the hands of an unassuming soldier from the Zamorin's camp. Hundreds of years have passed and the Thambi family of South India is proud of their priceless possession which has been handed down to them through generations. It signifies their ancestor's exploits and they consider the amulet as an integral part of the family. They believe it brings them good luck. But little does Sanathan Thambi (later known as Itzhak), who is in Germany to pursue higher studies during the war, know the extreme hardships he'd have to endure in order to safeguard the amulet, which he takes along with him as a good luck charm. The novel follows him through war-torn Germany and the extreme risks he takes to save his ancestor's legacy from the prying hands of Otto, a Nazi sympathetist and Ramos, Itzhak's Portuguese friend who works for the Nazi's. Years after the war, Itzhak passes on the amulet to the newest member of the Thambi family as part of the tradition. Through a very unfortunate circumstance, the amulet is lost and Itzhak, who is in the twilight years of his life pitches in, yet again, to save the Thambi family's legacy. The adventure brings him to Bombay and he finds himself racing against time to retrieve the amulet, but unknown to him it is already undertaking another perilous journey through the city. Prof. Kanth - the greedy archeologist, Sid, and his friends - drug addicts wasting away their life, Kabir - the hotel supervisor, Kranti- the committed cop, Valery- the Ukrainian business executive and Rahem- the bar dancer unwittingly become part of this journey. How the amulet shapes their lives and how does Itzhak and Rahem come together to save the amulet forms the thrilling climax of this novel. The novel, set against the backdrop of Bombay and its frenetic pace of everyday life, renders a sense of reality to the otherwise fictional plot which also throws light on the issue of illegal human trafficking and the underlying threats that dog the city, now and then but drives home the fact that the city does best what it is famous for – make lives!

The Lights of Bombay

Be the first one to write a review for the book The Lights of Bombay.