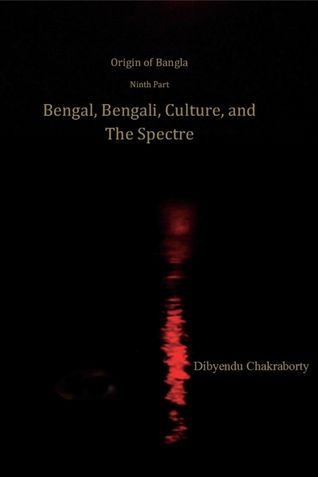 Naru embarked on a life-long cerebral journey to find acceptable explanations for a few unanswered questions that arose in his mind during his school days. Those previously unexplained issues were critical to understanding the history, geography, and concept of the Bengal region, popularly known as ‘Bangla’.

In his journey through life, he was able to find a previously unheard of but logically sustainable explanation of the word ‘Banga’ and one more closely associated word, ‘Bangal’. That explanation was in consonance with the present understanding of the process of geological evolution of the Bengal Basin. It was also capable of aligning itself with the accepted concept of the geological evolution of that basin.
However, something even more startling occurred to Naru’s mind. As his logic-based journey to arrive at an acceptable and verifiable explanation of the word ‘Banga’ was approaching its end, the information gathered by him, in conjunction with some logical deductions, took him to the gateway that led to a new horizon. Naru started to realise the presence of something that lacked supporting physical evidence.

All writers of Indian history, and thus all writers of Bengal’s history too, had to introduce a new batch of migrants into the scenario and assign that group a very high level of excellence and attainment. That has been the demand for a logical construct to explain everything at hand in relation to prehistoric as well as ancient India. Strong indications exist that a superior civilization existed in that geography.

No model could be framed that could explain the mysterious past of that land, even remotely. Nobody dared to trade on that path. It is almost impossible to defend any such model.

Rakhaldas Bandopadhyay attributed the 'self-inflicted downfall’ of that group to keeping logical consistency with the perceivable course of history. In recorded history, humankind has seen the downfall of a civilisation in Europe after the fall of the Roman Empire. Whenever an unexplainable gap appears in history, it becomes handy to attribute that dark area to a self-inflicted downfall, as such examples are available at hand.

In the case of India, something extraordinary has happened. The entire imagined civilisation has disappeared without leaving any trace. No archaeological evidence has been found with regard to that postulated civilisation. In all the other cases where civilisational or societal downfall has happened, remnants of the existence of such people have been found.

Something irritated Naru when he thought that a materialistic person like Bankim Chandra Chattopadhyay went on to comment that "no history has been written for Bengal."

As it is evident from the writings of the experts, there is an "obscurity factor" involved with the past of the geography and history of the Bengal Basin. There is the undeniable presence of a spectre as far as the evolution of Bengali society is concerned.

Naru wanted to see whether he could open a line of approach to the spectre associated with the Bengal Basin that was ever-present and allured all the travellers of history. Naru embarked on a new journey where an analysis of the different aspects of the life of the old inhabitants of Bengal became necessary to lift the shroud around the spectre associated with that basin.

Ultimately, Naru was able to find a clue through which he thought that he would be able to continue his journey to the deep past of the Bengal Basin. This book provides a description of that clue and an account of the process of finding that all-important clue.

Mr. Dibyendu Chakraborty has pursued higher education in management studies and worked at many locations in India. In his professional life of nearly 25 years, he remained associated with a few lines of activities, which were not very commonly pursued. For some reasons, he could never accept the pecuniary increment as his goal in life. He found great joy in observing and relating available clues to make meaningful models for explaining some basic queries. For the last two years, he has been writing to share his findings with the readers at large. He writes his books in two languages, English and Bengali.

Until now, he has written 11 books, including this one.

In his writings, Naru, the main character, had developed some questions in his mind related to his birthplace, Bengal, since the early years of his secondary education. Later, when he pursued management studies, in that phase too, some basic questions remained unanswered. His inner self started a journey of reasoning, which culminated in a model that has the ability to answer many questions associated with Bengal and India. At the same time, the root of that finding has applicability to a number of areas of knowledge, including marketing management.

Mr. Chakraborty may be contacted at dibyendu.chakraborty@gmail.com.

Be the first one to write a review for the book Origin of Bangla Ninth Part Bengal, Bengali, Culture, and The Spectre.

Under The Urban Tree
iReboot