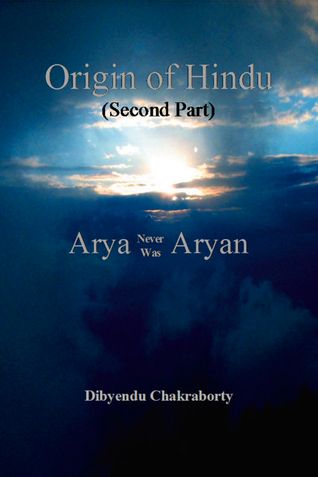 It has been observed in the previous book titled ‘Origin of Hindu √ The Name’ that the dictum of going, moving forward became the central tenet of a huge number of human beings who essentially were the residents of India. Those people were termed as Hindu.

Even when the root of that concept is logically proven, then also a question crops up and remains unanswered. Why did the act of going, moving forward become so important that a large number of people needed to accept it as the guiding principle of their lives? No tangible evidence has been found of any coercive actions on the part of the propagators of that way of life, not even in the folklores or in the legends. The adherence in all probability was voluntary and self-imposed.

For that happening, two broad categories of influences may be credited to: physical and/or cerebral.

The physical environment of the land in reference was set by the actions and interactions of the geological forces.

Cerebral input must have come from some knowledge base. Structured and recorded knowledge base that is unique to India is found in the Vedas and its annotations.

The period, during which the geological timeline shows that that land was becoming ready for human inhabitation, was the time around which the trace of the oldest literature of that land may be found. A little later, the world came to know about the existence of a human settlement in that land, which was more splendorous than anything known to the Greeks, who were the most advanced ones in the known world up to that time.

This book finds the relationship between the geological formation of the Ganga Plain and the propagation of a new way of life that would be known as ‘Hindu’ religion in later time.

It has been established that the word ‘Arya’ is a Sanskrit word that means ‘the son of the Rishi’ and no large human movement that may be termed as invasion, migration etc. needed to be introduced to explain what have happened in that land during that time period.

Mr. Dibyendu Chakraborty has pursued higher education in Management Studies and worked at many locations in India. In professional life of nearly 25 years he remained associated with a few lines of activities which were not very commonly pursued. For some reasons he could never accept the pecuniary increment as his goal of life. He found great joy in observing and relating available clues to make meaningful models for explaining some basic queries. He has just started writing to share his findings with the readers at large.

He may be contacted at dibyendu.chakraborty@gmail.com.

Be the first one to write a review for the book Origin of Hindu Second Part Arya Never Was Aryan.

The Essence Of All Religion (In Bengali)
Dada Bhagwan