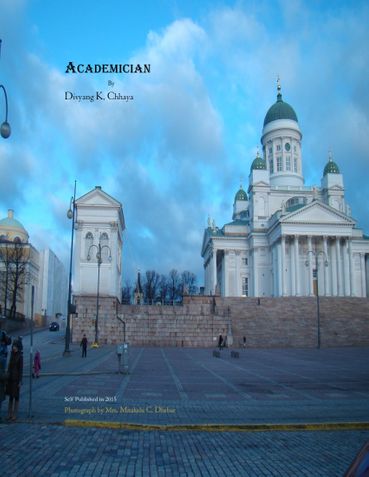 This book is meant for school and college students. Better, if parents also read it, and coaching classes circulate it (Life Begins in College. 1937).
Characters detailed in this volume attempt harmonizing Indian engineering education curriculum with American engineering degree course by way of intended education franchise with American University Collaborator as the Franchisor at the other end.

I recommend improving student’s lifestyle by saving enough time and energy each week to learn playing a musical instrument. In absence of a particular choice I recommend my readers to become a Trombonist (in free-time, non study moments), and learn to play like Trombonist Eje Thelin (1938–1990) and Frank Parr (1928-2012) or learn to play a Scottish bagpipe (Bol Radha Bol Sangam Hooga Ke Nahin).

One must feel the Labour Of Love (UB40. 2010); learn to play the ‘tunes by Palestrina’ in (Lukhnavi or Bengali) Sarangi, and, ‘drum’ rudiments of music created by John Sebastian Bach by playing same thematic melodies using Hawaian Guitar, and Chinese Qixianqin (Seven-stringed instrument).

That apart, I feel it is necessary that first every individual seeking reformative ethical change must correct his bad habits (Change of Habit. 1969), streamline his lifestyle (The Dance of Life. 1929), and maintain positive approach (Love, Life and Laughter. 1934), and learn the concept of timely deliverance.
If individuals realign their lifestyle (College Swing. 1938), and do what is best for their health and wealth, each house will automatically become capable of ‘taking-in’ any kind of change. Little ones at 21 are mature enough to do all kind of work in which they obtain specialized training.

Nevertheless, elderly are becoming senile or their medical ailments are increasing. This book touches aspect of involving younger generation in Policy Making processes.

I recommend that school graduation must be completed when a child clears ninth standard. Remove unnecessary courses from engineering curriculum and make engineering a three years degree course in place of present four (So This Is College. 1929).
I feel aspirants of leading a political life must have a degree in Diplomacy Law & Practice (four years after school).
We do not need ‘Elle: A Modern Cinderella Tale (2011),’ but all old tales have become too old to suit the present that has to be the base of future. All politicians will only have five years tenure in one lifetime (The Last Five Years. 2015).

Any deviation from morality in administration (Maximum Shame. 2010) and governance of a country proves to be fatal for the masses and the adversely affected nation suffers a pull-back by few decades as it lags behind the forward block. This is not my Imaginaerum (2012).

I completed this novel on a ‘Clear Blue Tuesday (2009).’ This volume contains authentic attempts of a fictional Non Resident Indian-American Mrs. Ahalya Marang Patra, She is Education Counselor in Tennessee, and wife of Professor Marang Patra, trying to establish a Satellite University in Mumbai to harmonize curriculum of Indian engineering degree course with American requirements to make a student equally eligible as other local engineers who qualify in USA. Ahalya felt it was difficult to assess ‘capacities to survive’ of a “Roadside Romeo (2008)” who scores third class, cannot procure work for his employer, and wastes time by continuing to read, and ‘collect degrees.’

Ahalya had to keep in mind maturity age of present day students (That Certain Age. 1938).
Base spine of the book relates to introduction of American education Franchise in India to harmonize Indian engineering course curriculum to make job scene comfortable for Indian student (The Search for Santa Paws. Direct-to-DVD film. 2010).

This volume discusses legalities of Education Franchise from a foreign collaborator Franchisor’s perspective, and it weaves in a widespread NRI’s yearning to have a second fully owned residential ‘worker-assisted’ dwelling unit in India (Open House. 2004). A reader may find End Notes herein useful for research.
Errata
Please read ‘parents’ in place of “Patents” in first line of Prologue.

Read the word ‘ruler’ on page 7 as “The Ruler” in first line of third last paragraph. Kindly read “rulers” as ‘The Rulers.”

Kindly excuse other accidental omissions that were inadvertently missed out in ‘Spell Check.” Surprisingly some wrong spellings were added by “spell-check.”
Computer is not always right, human element is required every where.
Word ‘Singingly style” (page 17) coined by me was converted during ‘spell-check’ to “Stingingly,” and I came to know about it after I had launched the PDF version of this book.
I was lucky to have good stenos, but these works are self-typed. I’ll’ve to take greater care now. I will correct spelling and word(s) omission mistakes in hard copy version.

Author is a practicing lawyer. He is enrolled with the Bar Council of Delhi w.e.f. 1982. He accepts Delhi based litigation on “as and when engaged” basis.
As a professional, he works alone, and is very lucky to have strategic alliances with specialist contemporaries having admirable client-friendly infrastructure to manage litigation in all courts in Delhi.
Widely traveled, the author has made good friends. Toddlers he used to play with are in touch with him even today and are the present day grandfathers and grandmothers.
Classmates until LL.B. (Delhi), and thereafter up to LLM (UGA, USA) have maintained contact until date, and have been helpful all the time.

On account of deeper interest in wildlife, the author has been supporting causes concerning animal rights, et cetera. He has visited select wildlife locations at many places abroad.

Nothing much to add except for the fact that author has led the same academic life that every well placed busy lawyer is bound to lead in any egalitarian setup.

Be the first one to write a review for the book Academician.