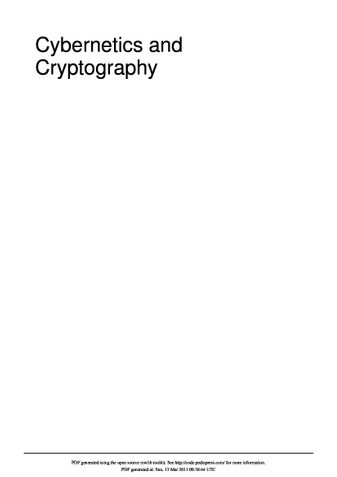 The book is on the cybernetic and cryptography the tools needed in cipher to make nation strong enough to pass on its hidden messages and so on .It is user manual with all know how to encryption and decryption process along with the technology to enable the machine to act like humans.

Be the first one to write a review for the book Cybernetics and Cryptography.

In between the bridge
Abhinay Renny