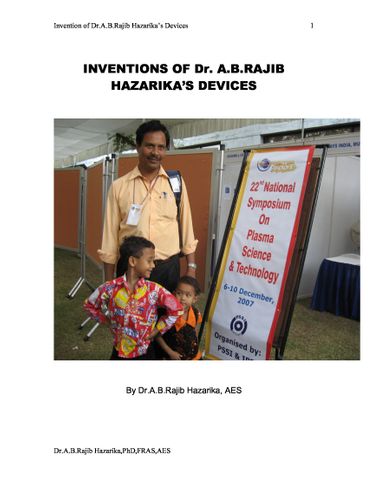 This book is about the innovations done by Dr.A.B.Rajib Hazarika of three fusion devices and one Hall thruster VASIMR DANISHA for which patent is applied for .For design patent to the World Intellectual Property Organisation (WIPO),Genneva ,Switzerland.Applicaation to certain fields like automobile,microwave ,nanotechnology,etc.is discussed.

Be the first one to write a review for the book Inventions of Dr.A.B.Rajib Hazarika's Devices.

The Song of Vrindavan: Part One - Putana
Sharath Komarraju

My Revelations of Truth
Jay Kay