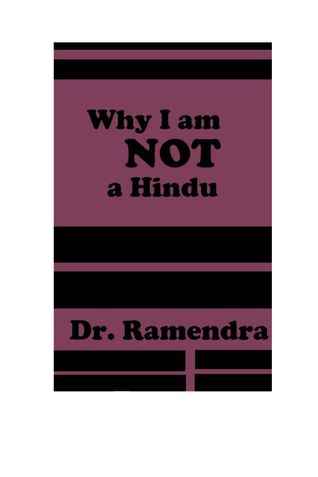 Why I am Not a Hindu (eBook)

Dr. Ramendra (full name "Ramendra Nath") is presently working as Associate Professor and Head of the Department of Philosophy at Patna College, Patna University, India; where he has been teaching for twenty-eight years.

Dr. Ramendra is the author of nearly thirty books and booklets in Hindi and English, including 'Why I am Not a Hindu', 'Is God Dead?, 'The Myth of Unity of all Religions' and 'Some Reflections on Ethics'. Besides, he has written hundreds of articles in newspapers, magazines and journals.

Why I am Not a Hindu

Be the first one to write a review for the book Why I am Not a Hindu.

Yoga: Its Practice & Philosophy According to the ...
Ajai Kumar Chhawchharia

HOW WELL DO WE KNOW IT?
S T Lakshmikumar