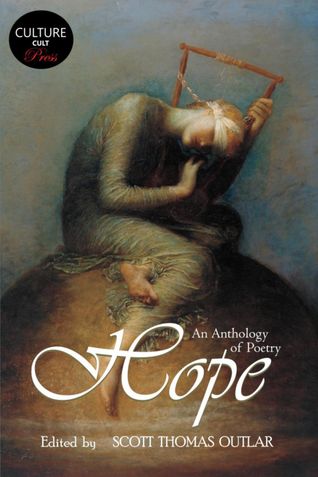 Hope - An Anthology of Poetry (eBook)

Hope is a pit bull being held on a leash by someone quickly losing strength, ready and eager to bite its intended target. Hope is the hallucination of a spider creeping along the ceiling in the dark while screaming curses at your bed. Hope is a plague in the blood of broken generations. Hope is a turkey vulture on the side of the road with a taste for dead possum.

Hope is the tongue from which Hallelujah is sung despite all difficult odds and sharp notes of resistance. Hope is the Great Yes of affirmation for life in the face of nihilism and apathy. Hope is a final wave going under and a phoenix rising on the far horizon.

Hope is the subtle dose of electromagnetic synchronicity needed to help you get by when you don’t think you can but know that you must. Hope is the fire stoked in your belly that’s begging for ignition. Hope is the flashpoint gearing up as the count cycles down to 1, 2, 3...

CultureCult anthology of poetry Hope features fifty poets from around the globe who have found themselves in the alternating throes of hope and hopelessness, yet displaying the tremendous vitality that is required to jot down in words their moments of revelation during both pain and pleasure.
--------------------

SCOTT THOMAS OUTLAR lives and writes in the suburbs outside of Atlanta, Georgia. His work has been nominated for the Pushcart Prize and Best of the Net. He guest-edited the 2019 and 2020 Western Voices editions of Setu Mag. Selections of his poetry have been translated into Afrikaans, Albanian, Bengali, Dutch, French, Italian, Kurdish, Persian, Serbian, and Spanish. His sixth book, Of Sand and Sugar, was released in 2019 through Cyberwit Press. His podcast, Songs of Selah, airs weekly on 17Numa Radio and features interviews with contemporary poets, artists, musicians, and health advocates.
More about Outlar's work can be found at 17Numa.com.

Hope - An Anthology of Poetry

Be the first one to write a review for the book Hope - An Anthology of Poetry.