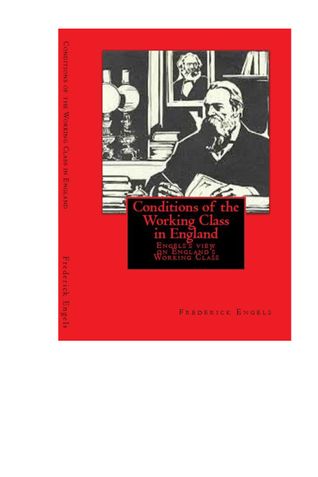 Conditions of the Working Class in England (eBook)

The book, an English translation of which is here republished, was first issued in Germany in 1845. The author, at that time, was young, twenty-four years of age, and his production bears the stamp of his youth with its good and its faulty features, of neither of which he feels ashamed. It was translated into English, in 1885, by an American lady, Mrs. F. Kelley Wischnewetzky, and published in the following year in New York. The American edition being as good as exhausted, and having never been extensively circulated on this side of the Atlantic, the present English copyright edition is brought out with the full consent of all parties interested.
For the American edition, a new Preface and an Appendix were written in English by the author. The first had little to do with the book itself; it discussed the American Working-Class Movement of the day, and is, therefore, here omitted as irrelevant; the second – the original preface – is largely made use of in the present introductory remarks.
The state of things described in this book belongs to-day, in many respects, to the past, as far as England is concerned. Though not expressly stated in our recognised treatises, it is still a law of modern Political Economy that the larger the scale on which capitalistic production is carried on, the less can it support the petty devices of swindling and pilfering which characterise its early stages.

Engels, one of founders of Marxism

Conditions of the Working Class in England

Be the first one to write a review for the book Conditions of the Working Class in England.