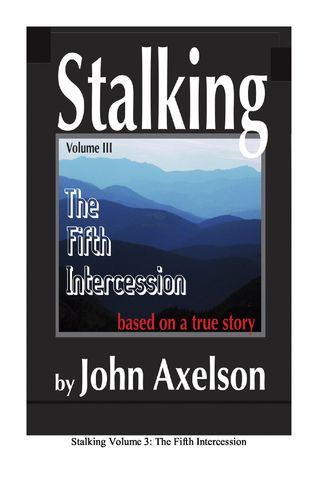 This book has been updated and incorporated into a compilation volume: Stalking the Design of Destiny, to be released in October 2013.

Throughout time, seers and shamans of particular backgrounds have practiced a teaching scheme called stalking. In this instance, the term does not refer to the aberrant persecution of another’s welfare: the literal opposite is the case as the stalker’s goal is to free their apprentice from apparently reasonable, common behaviors that will cause unforeseen harm down the road.

The process of raising these errant beliefs, from the unrealized to eye level, is endlessly affronting because the circumstances that generate them inherently create a maze of self-justification. It follows that overcoming this intellectual labyrinth requires that the teacher be cunning, stealthy, and relentless in the dismantling of the potential student’s safeguards to self-discovery, beginning with arriving in disguise to probe their beliefs.

In this series, Bonnie arrived in the guise of a divorced mother of two teenagers, who subsequently revealed that she is a channel of Universal knowledge. The sources of this knowledge were a family of energy-essence consciousness (Spirit) whom we called Kha-li, Saa-ra, Kha-lib, Phillip, and Caroline.

Volume 1, Stalking the Average Man, chronicles Bonnie’s efforts to have me—a television news technician—reinterpret my experiences in the world’s hot spots, and recognize a design in my travels that was at once an outrage to reason, a blasphemy to religion, and undeniable: she claimed that I was witness to the end-of-the-world "cycle" of events that foreshadow the arrival of ancient emissaries of the Universal Source—the Second Coming saga.

Volume 2: Stalking the Bridge of Reason, deals with how an otherwise intelligent species managed to perch itself on the brink of annihilation, based on our inability to accurately assess our true circumstances: Bonnie claimed that “reason”, as our most valuable asset in a physical existence, had been grossly compromised.

The Fifth Intercession further investigates the ways and means of the emissaries’ return, and their abilities, while delving deeper into our historical /cultural conformations that are, again, allowing us to blithely destroy the very resources we require to live.

The Reign of the Vedic Gods
Swami Achuthananda